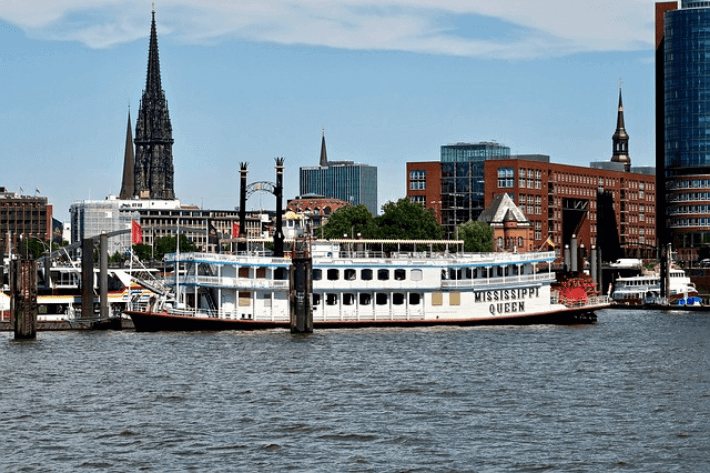 The US is a big country. As such, the cost of living varies considerably depending on where in it you are, and some states are dirt cheap compared to others.

When you think about it, this makes a lot of sense: Places with the highest wages, such as the cities making up the coastal megalopolises, tend to have higher prices. Buying the things you need costs more because you have to pay other people’s salaries. In places with lower wages, things cost less for the opposite reason.

In this post, we discover the cheapest state to live in. But first, let’s take a look at what determines where a state will fall on the expense spectrum:

Some States Are Cheaper Than Others

Several factors determine how much it costs to live in any particular state. To create a unified measure of this, the Council for Community and Economic Research collects data and then feeds it into its Cost of Living Index. This highly-respected measure captures how much the average person needs to pay to support their lifestyle in any given location.

The price of accommodation varies dramatically from location to location. A square foot of real estate is considerably cheaper in Idaho compared to, say, California or New York. In the former, space is abundant, while in the latter, space is scarce, pushing costs up. For the purposes of the Cost of Living Index, researchers calculate how much it costs, on average, to purchase a home or rent a property in the state.

Household income refers to the combined income (both active and passive) of all the people living in a particular dwelling. The money could be coming from work, pensions, investment funds, property rentals, etc. Generally speaking, the higher the average statewide household income, the more it costs to live in that state. Therefore, cheap states have lower average incomes.

Lastly, researchers consider the price of essentials in the state, asking how much it would cost for someone to achieve the basic standard of living. Necessities such as food, clothing, healthcare, utilities, and transportation are included in the calculation.

Using this combined information, the Council for Community and Economic Research constructed an index with a breaking point of 100. Any state with an index below that number has a low cost of living.

However, these metrics do not encompass all the costs you might want to watch out for when choosing a state to settle in. For example, if you're looking to start a family, you should check out the average costs of wedding ceremonies in the states you consider moving to.

Which Is The Cheapest State To Live In?

This section ranks the cheapest states to live in according to the Council for Community and Economic Research’s figures. Here they are:

Known as both the Magnolia and Hospitality State, Mississippi is the least expensive state to live in. It has the lowest housing costs of practically any state, with a median home value of just $157,885, allowing people who move to the location to benefit from cheap rent and smaller mortgages. Other advantages include below-average transportation, utility, and grocery costs.

According to Dorothy from the Wizard of Oz, “there’s no place like home,” and that’s certainly true of her home state. This landlocked territory has some of the lowest housing costs in the country, even though in the last year, prices have gone up 14.4%. Kansas is still the second-cheapest state in the US. The median house price in the area is $194,951.

On average, it’s possible to rent an 895-square-foot apartment for $1,133 per month; that’s around 65% cheaper than a one-bedroom apartment in New York. Groceries are more affordable in Kansas, too: Milk currently costs $1.99 per gallon, and beef is just $3.79 per pound.

Alabama has historically been among the most affordable states to live in. Overall, its prices remain low: The median home price in the state is $189,976, with Birmingham’s Ensley Highland neighborhood boasting the median home listing price of $56,500.

Oklahoma comes in fourth place, again primarily because of affordable housing. The housing cost index in the state is just 74.7, making it around 25% cheaper than the US average. The average listed home price here is just $167,450.

Oklahoma is among the most affordable places to live in for other reasons. Groceries are slightly less expensive, and transportation costs are approximately 5% lower than the national average.

Yet another southern state, Georgia comes in at number five. Grocery prices are almost 5% below the national average. Furthermore, cheap housing brings down the cost of living. Atlanta is still more expensive than the rest of the state, while median home prices have jumped to $287,458, with a 25.9% increase in the last year. Currently, Georgia is the cheapest blue state to live in.

Yet another southern state, Tennessee, comes in at sixth place on the list of cheapest states in the nation. Cheap housing in the US can be hard to come by, but not here. You’ll pay around 20% less than the national average. Other factors contributing to the low cost of living include the absence of a state income tax and slightly cheaper groceries.

Slightly more expensive (but still relatively cheap) is the state of Missouri. Again, the cost of living here is low primarily because of affordable housing. Transportation and groceries are also below the average for the nation.

Iowa is in eighth place, despite having transportation and grocery costs just around two points below the 100 benchmark.

States with low rent are rare, but Iowa is among them. The average rent for a one-bedroom apartment is around $600, and the state is among the most affordable states for renting. Despite the growth of the housing market and an increase of 12.5%, the median home price is at $180,839.

West Virginia is one of the states that managed to retain some of the lowest housing prices. The median home price is currently $126,948 and one of the lowest on our list. Transportation is 8 points below the national average, and low taxes further contribute to low living costs.

Indiana is the cheapest northern state to live in, closely followed by neighboring Iowa. Groceries are among the cheapest in the nation here. However, transportation is only marginally below the national average. In the Hoosier state, median house prices are $206,422.

The cheapest states aren’t necessarily the best states to live in. However, they allow you to improve your standard of living versus living in an expensive city.

What are the cheapest states to live in?

The cheapest states are the southern states, such as Mississippi, Kansas, Alabama, Oklahoma, and Georgia.

How do I move to another state?

Moving to a new state is easy. Research the new location, check the cost of living differences, and work out how much it will cost you to live there. Update your address and change your driver’s license and vehicle registration, if required.

What US state has the best cost of living?

The US state with the best cost of living is Mississippi. Here, you can buy more of the things you need to support a basic standard of living with any given wage. Other states with low living costs include Alabama, Oklahoma, Missouri, and Iowa. States with the highest cost of living are Hawaii, California, Washington DC, and New York.

What is the cost of living adjustment?

The cost of living adjustment (COLA) boosts the Social Security and Supplemental Security Income (SSI) to offset rising prices in an area due to inflation.

Is It Possible To Get a Personal Loan With a 550 Score? How-Tos and Alternatives
May 18, 2022
Read full story

What Is an Irrevocable Beneficiary?
May 17, 2022
Read full story