How Many People in the US Invest in the Stock Market? 12 Revealing Statistics and Facts

The stock market is quite complex, but many people are interested in it. So, how many people invest in the stock market? What percentage of the population takes part in it? How much money is invested in stocks overall?

These are some of the questions that we’ll answer in this article, so keep reading and stay tuned for more information about the stock market and how it affects all of us!

To start off, let’s answer one of the most common questions people might have: What percentage of Americans invest in the stock market?

According to Statista's survey on US stock ownership between 1999 and 2021, the percentage of adults who invested in 2021 was 56%. This means that more than half of all adults in the US have some share in the stock market game.

After that, the number of people invested in the stock market plateaued for several years, but is now on a slow and steady rise.

68% of upper-income Americans owned stock or other personal investments in 2019.

In 2019, a Pew Research Center survey showed that 68% of upper-income Americans had stocks or other investments. Furthermore, they were roughly five times more likely to own stocks than lower-income Americans.

This survey also revealed that 89% of upper-income Americans had savings in 2019. At the same time, 87% had retirement accounts, such as 401(k)s, IRAs, or pensions.

Now, here's another question every investor wants to know: How much money is in the stock market?

According to Visual Capitalist, the world’s stock market cap was $89.5 trillion in 2020. This number has been on the rise in recent years, and this trend is expected to continue in the future. The top two exchanges by market cap were the New York Stock Exchange and the Nasdaq, both of which are located in the United States.

This shows the immense power and influence that the US stock market has on the world economy and worldwide financial markets.

The US stock market was worth more than $48 trillion by March 2022.

By March 2022, the US stock market was worth more than $48 trillion. This is an encouraging sign for the future of the economy and the stock market. Despite the global pandemic and the economic downturn, the market value of publicly listed US companies had increased by 20.15% and continued to grow throughout 2021.

There are many factors that contribute to the stock market’s value. The most important one is the earnings of public companies. In December 2021, the total earnings of S&P 500 companies were higher than $42 million. The S&P index is a broad market index that comprises the 500 largest US companies by market capitalization.

Each year, these companies release their financial statements, including their revenue, expenses, and profits. Based on these reports, analysts estimate the companies' future earnings, which is reflected in the stock prices.

69% of married people are invested in stocks and are more likely to own stocks than those who aren't married.

The Gallup poll on US stock ownership rates from 2009 to 2017 revealed that married people are more likely to own stocks than those who aren’t married. A total of 69% of surveyees who were married said they had invested in stocks, while only 38% of those who were not married said the same.

61% of non-Hispanic white households own stocks.

According to stock ownership statistics for 2020 from the Pew Research Center, 61% of non-Hispanic white households own stocks. This is the highest percentage among all demographic groups. African American households come in second with 31%, followed by Hispanic households at 28%.

The median investment holding was $51,400 for white households and $12,000 for African American households. For Hispanic families, the median amount invested was $10,800. The study also found that households with higher incomes were more likely to own stocks.

There are many reasons why some households don’t invest in stocks. The most common reason is that they don’t have enough funds to invest. Other reasons include not knowing how to invest, being too risk-averse, and not believing that stocks are a good investment.

In 2019, 73% of upper-income Republicans owned stocks and were more likely to invest in the stock market than Democrats.

In 2019, the Pew Research Center conducted a survey to find out how many Americans own stocks and how they compare in terms of political affiliation. The survey revealed that Republicans were more likely than Democrats to invest in stocks. This was true for both upper-income and lower-income Republicans.

Among upper-income Republicans, 73% held stock, while only 64% of upper-income Democrats did. When it comes to lower-income households, there was a similar gap, with 18% of Republicans and 13% of Democrats owning stocks.

When talking about what percentage of Americans own stock, we can't overlook that there is a gap among age groups, too.

Based on the Federal Reserve data from the first quarter of this year, 54.9% of Baby Boomers owned stocks, which is the highest percentage of any age group. Gen Xers come in second with 26.5%, followed by Millennials at only 2.6%.

This gap was even greater before the start of the COVID-19 pandemic in Q1 2020, when 56.4% of Baby Boomers owned stock, compared to 22.8% of Gen Xers and just 1.8% of Millenials. Since then, this gap has been gradually narrowing, but there is still a significant difference between the age groups in terms of stock ownership.

A recent study by Statista on US stock ownership among social media users showed that five out of ten LinkedIn users had stock investments in 2021. At 53%, LinkedIn is currently the leading social network in this regard, followed closely by Reddit, with 52% of Reddit users reportedly being invested in stocks.

When it comes to other mainstream social networks, Twitter, Facebook, YouTube, Instagram, TikTok, Pinterest, and Snapchat all fell in the 36%-42% range in regards to the percentage of users invested in stocks. This is only expected, given that the survey showed that only 39% of all respondents reported investing in stocks.

In 2019, 53% of American families were invested in the stock market.

A 2020 report from the Federal Reserve showed that 53% of American families were investing in the stock market. This was up from 52% in 2016, showing that more families are starting to invest in stocks.

In 2022, 79% of postgraduates were invested in stocks and are more likely to own stocks than those with a lower educational level.

According to Gallup's 2022 study on stock ownership among Americans, 79% of postgraduates and 73% of college graduates are invested in the stock market. Meanwhile, only 36% of those with a high school diploma or a lower educational level are invested.

There are many reasons why individuals with higher education are more likely to invest in stocks. Mainly, they have higher incomes and can afford to take on more risk. They’re also more likely to have a 401(k) plan or another employer-sponsored retirement plan, which makes investing in stocks much easier.

Another thing we learned from the Gallup study is that men are more likely to own stocks than women. While 56% of women said that they had money invested in the stock market, 60% of men said the same.

Although there is still a difference between the sexes when it comes to stock ownership in the US, it’s narrowing compared to data from 2001 to 2008, when 59% of women and 65% of men were invested in stocks.

These statistics show that the stock market is becoming more and more accessible to the average American, and there are many great platforms for those who want to get started with investing.

With social media playing a big role in investment decisions, it’s easier than ever for people to start their investing journey. And as we can see from the data, the percentage of Americans who own stock is increasing each year.

But overall, it’s encouraging to see that more and more people are taking an interest in the stock market. And with the proper education and guidance, anyone can start investing in stocks.

Which country invests most in the stock market?

When it comes to the stock market participation rate, the US is the clear leader, followed by Japan, the United Kingdom, and China. With the NYSE and the Nasdaq, the two largest stock exchanges in the world, the US has been a major player in the global market for many years.

Is getting into stocks worth it?

This is a difficult question to answer since it depends on each person's circumstances. Generally speaking, stocks are an excellent long-term investment option for those looking to make money or save for retirement. However, there are risks involved with investing in stocks, so it's essential to do your research before making any decisions.

If you're considering getting into the stock market, the best thing to do is speak with a financial advisor to get more information and find out if it's the right investment choice for you.

What is the biggest stock in the world?

Why should I invest in stocks?

Given how many people invest in the stock market, you might be wondering if you should follow suit and why. There are many reasons to invest in stocks, mainly to grow your savings and generate additional income. However, it’s important to remember that the stock market is volatile and that investing in anything always carries a certain amount of risk. 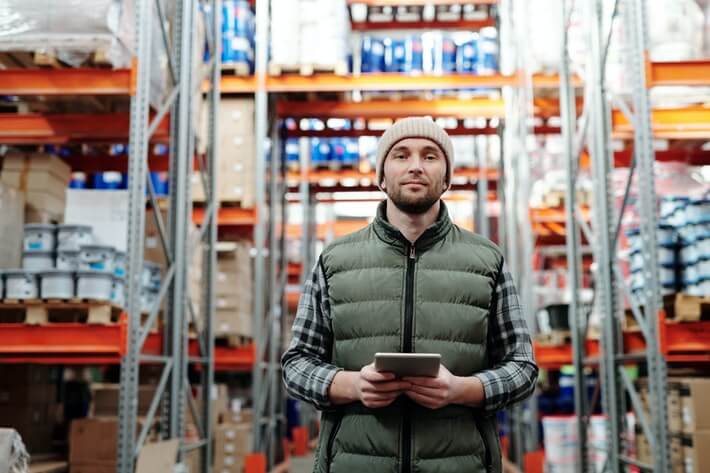