DWI vs. DUI: Understanding the Differences

While the terms DUI and DWI are often used interchangeably, there can be slight differences in meaning between them. The exact difference between a DUI or a DWI charge varies from one state to another but what’s essential is that each offense can impact your driving records, insurance rates, and most importantly - your life and that of other people.

Key Differences Between a DUI and DWI

Receiving a DUI or DWI may seem like the same thing, and in many ways, it is; however, the two acronyms have different meanings. A DUI refers to “driving under the influence,” and a DWI means “driving while intoxicated” or “driving while impaired.”

The charge of DUI or DWI could mean the driver was either under the influence of alcohol or drugs. Drugs, in this case, include over-the-counter or prescription drugs.

Depending on the state law, both terms are used to describe impaired or intoxicated driving. Some states use both terms, which is where it can get tricky. Usually, one term will refer to alcohol but the other term will refer to impairment by substances like prescription or recreational drugs, and the meaning can vary from state to state.

Some states use the term DWI to refer to driving with a blood alcohol content over the legal limit. In other states, the term DUI is used when the driver is charged with being under the influence of drugs or alcohol.

The distinction “operating” is important here, because it involves more than just driving the vehicle. If the vehicle is stopped and is not running, it is still possible to be charged with operating under the influence.

Currently, there are only five states that use this terminology. OWI is used by Indiana, Iowa, and Michigan, and OUI is currently used by Maine and Massachusetts. 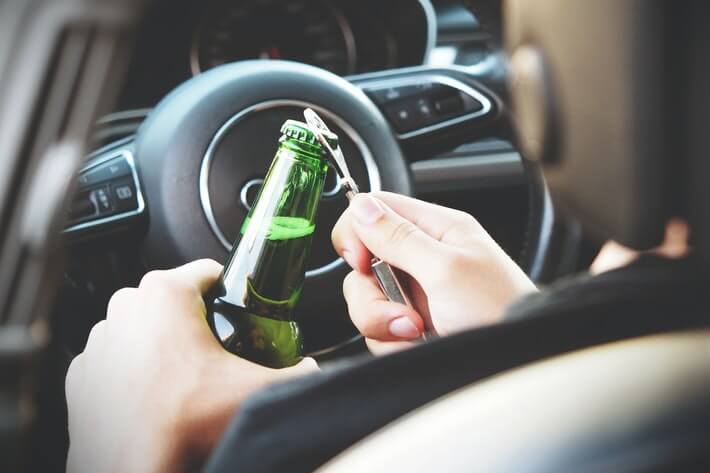 Receiving a DUI or a DWI charge could mean the arresting officer has reason to believe the driver is not able to operate the vehicle because they are too impaired.

Depending on the jurisdiction the arrest took place in, the driver can be charged with impaired driving or driving under the influence even if they pass a field sobriety test and are deemed to have a BAC under the legal limit of 0.08%.

That’s because every state has a zero-tolerance law that will punish people under the age of 21 if they drive with any trace of alcohol in their system. This means that if they have a BAC higher than 0.00%, they will get a charge of DUI or DWI - even if the BAC is lower than 0.08%.

The Consequences of a DUI or a DWI Charge

Regardless of the terminology of DWI vs. DUI, the consequences are always serious. You can see a full list of charges by state here, but regardless of the jurisdiction, if the driver is convicted or pleads guilty, it’s very likely they’ll temporarily lose their driver’s license and pay fines and court fees.

If this is a second offense, they will likely spend time in jail and may also be placed on probation, and will have to perform community service. Additionally, in many states, the driver will undergo an evaluation of their substance-taking or drinking patterns, which could mean being required to take part in a drug or alcohol treatment program (like Alcoholics Anonymous) or enter a treatment facility.

Also, depending on the state where you reside, you may be required to have an ignition interlock device installed on your vehicle. This is a device that’ll ensure you can’t start your car unless you blow into a device that detects if you’ve been consuming alcohol.

The device works by registering the breath test results of the BAC. If it’s over the preset limit, the vehicle will not start.

While IID requirements will vary slightly according to the state of the offense, they usually include the following:

Additionally, part of the stipulation of this device is that you pay for it to be installed as well as a monthly monitoring fee.

DWI vs. DUI and Their Impacts on Insurance Rates

Receiving a DUI or DWI offense has a knock-on effect on your car insurance rates. In the best-case scenario, the insurance rates will increase. However, in some cases, you could be dropped from your policy completely.

Additionally, you may be required to obtain an SR-22, which is a certificate of financial responsibility. This is to ensure you meet the car insurance requirements of your state and will continue to meet these stipulations for a specific period of time, usually three years.

These are usually required when a driver is looking to reinstate their suspended license after a DUI or a DWI charge.

A DWI vs. DUI: A Completely Avoidable Scenario?

Getting a DUI or a DWI doesn’t just result in being punished by the state. Getting arrested for driving while impaired or under the influence is a harrowing ordeal. It’s also time-consuming, expensive, and it’ll have a detrimental impact on yourself and everybody around you.

The bottom line is that you should not drive after drinking or taking any type of drug, including prescription medications that are known to impair driving capability.

Regardless of the terminology of a DUI or a DWI, the consequences are always severe enough that you should think twice before getting behind the wheel of any vehicle if you’re not absolutely sure you’re not only sober but also well-rested and able to properly focus on driving.

Which is worse, a DUI or DWI?

While the terms are sometimes interchangeable, the differences between the two and how they are charged will depend on the state where the incident occurred and the blood alcohol content limit set by that state.

What does DWI mean in driving?

The term “DWI” stands for “driving while intoxicated” or “driving while impaired.” The term will vary depending on the state; however, the general meaning is always the same - that the individual’s ability to drive is hindered by intoxication or impairment.

How long do DUIs and DWIs stay on your driving record?

This will depend on the state in which the offense occurred. In stricter states, such as California, a DUI or DWI could stay on your record for up to 10 years. However, in most cases, DUIs and DWIs stay on your driving record for three to five years.

The federal legal limit for blood alcohol content is classed as 0.08%. Anything registered above this on a breath test will automatically result in a charge of a DUI or DWI. However, it’s important to note that if the offender is under the age of 21, a BAC of anything above 0.00% will result in penalties, regardless of the state.