How Many People Die in Car Accidents?
32 Morbid But Curious Stats & Facts

Even a short drive is enough to make us wonder how many people die in car accidents each year. Speed limits are flouted, school zones are ignored, child-safety seats are misused, people drive under the influence...the list goes on and on. Hundreds of thousands of people die needlessly in a traffic collision each year.

Statistics say 90% of these deaths result from driver negligence or some other kind of human error - everything from using a cell phone while driving to having a loose pet in the car.

Reading about car accidents and roadside fatalities is a morbid exercise, but it’s also an eye-opener. If more drivers understood the risks, maybe the road would be a bit safer for all of us.

Those numbers give us a depressing insight into exactly how many people die in car accidents.

Many of the statistics that follow are from couple of years ago. That’s because the best sources of information - organizations like the National Highway Traffic Safety Administration - take time to collect, analyze, and publish the numbers. In every case, we used the most current statistics currently available.

Automobile accidents are one of the top 10 causes of death across the globe. Many of these fatalities involve vulnerable road users: pedestrians, cyclists, and motorcyclists. This is especially true in Southeast Asia.

According to US car accident statistics, about 100 people die on America’s roads every day. This number has declined slightly compared to previous years, even as the traffic and number of vehicles on the roads have increased.

Preliminary data from NHTS show that around 28,190 people died in traffic accidents from January through September of the last year.

Africa leads when it comes to fatal traffic accidents. Southeast Asia is in second place, with 20.7 traffic fatalities per 100,000 people. The reasons for such high fatality rates include the average age and condition of vehicles, poor road-construction standard, and widespread disregard for traffic rules.

Car occupants make up 29% of all traffic accident deaths.

Worldwide, drivers and passengers account for only about 29% of fatalities in car accidents. That’s the highest percentage, followed by motorcyclists and three-wheeler occupants at 28%.

The US suffers an unusually high rate of crash deaths compared to other high-income countries.

The United States has the unique and unflattering distinction of being at the top of road crash deaths among high-income countries and regions like Canada, Western Europe, and Japan. The American rate is about 50% higher than in those countries.

In the US, the fatality rate is 1.1 per 100 million vehicle miles traveled.

One way to gauge the fatality rate in road accidents is to compare fatalities against total miles traveled. This is a second meaningful way to analyze how many people die in car accidents in the US.

In 2018, drivers and passengers involved in car crashes that resulted in fatalities made up 64% of total road fatalities. For every passenger killed in a car accident, there were 2.7 dead drivers.

American vehicle fatalities dropped for the third consecutive year in 2019.

Many people thought the answer to “How many people die in car accidents a day?” would be lower during the pandemic, since relatively few people were out on the roads. But for the month of March, the fatality rate jumped 14% - most dramatically in the states of Connecticut and Louisiana. 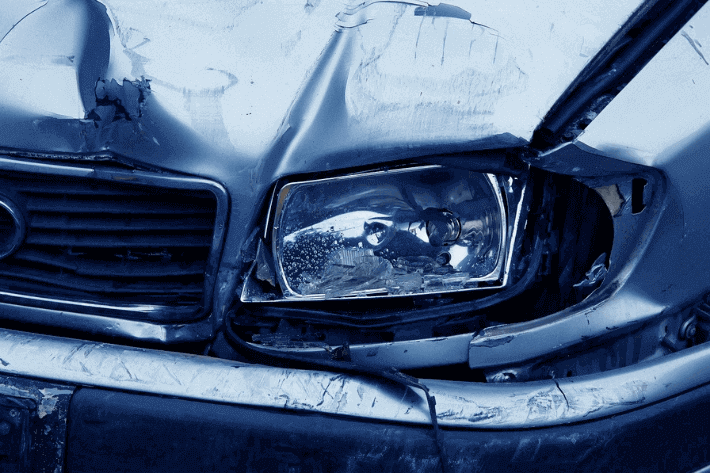 National statistics give you large, scary numbers to deal with. But state-by-state numbers may be more useful in coming up with measures for reducing fatalities within particular regions.

Texas, the second-most-populous state, tops the charts of car accident death statistics. The state saw 3,642 road fatalities in 2018. California’s numbers were pretty close at 3,563. The good part is that both states saw the numbers decline compared to 2017.

New York has the fewest motor vehicle deaths among the 10 most populous states.

About 943 people lost their lives on the roads of New York in 2018. This may reflect the fact that few people own and drive their own cars within New York City.

Two of the three American cities with the most traffic fatalities are in Texas.

New York has the fewest traffic fatalities per capita while Mississippi has the most.

For every 100,000 people in the state, Mississippi lost 22.3 residents to road accidents in 2018. New York lost 4.8, making it one of the safest states for drivers. The second-safest state? Massachusetts.

Arkansas ranks second-highest for drivers not wearing seatbelts and seventh in traffic fatalities per capita.

Car accident statistics reveal the highest concentration of seatbelt scofflaws in New Hampshire. Next is Arkansas, where only 78% of drivers wear seatbelts. Arkansas ranks seventh in traffic fatalities per 100,000.

Driver profiling offers important insights. Curiously, in male vs. female car accident statistics, the US figures do not turn out as stereotypes suggest.

78% of all teenage motor vehicle fatalities are in passenger vehicles.

Teenage car accident statistics show that drivers between the ages of 13 and 19 made up 8% of all car accident deaths in 2018. 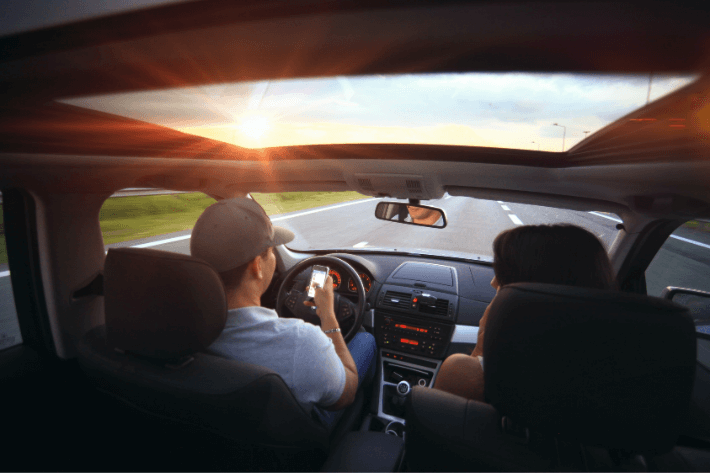 Drivers between the ages of 25 and 34 are involved in the most fatal crashes.

Female drivers make up about one-third of the total fatal crashes.

Car accident statistics by age and gender make it clear that female drivers fare far better than their male counterparts.

There is little difference between male and female passenger fatalities in car accidents.

While there is a huge discrepancy between the number of male and female drivers who get killed in traffic collisions, there is very little difference in the death rate between male and female passengers.

Are some cars more vulnerable to fatal crashes? Car accident statistics by make and model can shed some light on this provocative question.

Ford and Chevrolet vehicles make up 43% of fatal vehicle crashes.

In 2017, Ford came out as the deadliest vehicle manufacturer, with its vehicles involved in 22% of all fatal collisions. Chevrolet came very close (21%). Toyota took third place. Its vehicles were involved in 12% of fatal accidents.

Three vehicles each from Chevrolet, Nissan, and KIA made the list of 14 cars with an abnormal number of fatal crashes.

The make and model of a car have an important impact on car accident statistics. Forbes compiled a list of vehicles with model years between 2013 and 2017 that topped fatal-accident statistics. In the list of 14 vehicles, nine were from Chevrolet, Nissan, and KIA.

Small cars are involved in more than twice as many fatal crashes as large sedans.

Miniature cars seem to be the worst victims (or perpetrators) of fatal crashes. If we measure deaths per million registered cars, mini-car models have a death rate of 108, while large sedans have a death rate of 52. Your choice of vehicle might determine your likelihood of having a serious accident - or surviving one.

Mid-size and large SUVs have some of the lowest rates of driver deaths.

Of 20 of the safest vehicles with the lowest rates of driver death, 12 are SUVs - mostly in the luxury category. Two minivans also made the list.

Safety features of a vehicle are important, but it’s even more important to pick up some safe driving habits.

From 1987 to 2017, about 54,457 lives have been saved by frontal airbags. According to auto accident statistics from 2016, 2,756 drivers and front-seat passengers escaped death because the frontal airbags deployed on time.

The combination of seatbelts and airbags might increase your chances of making it out alive after a crash, but data suggests that seatbelts are the best front line of defense.

About 9.3% drivers in the US don’t wear seatbelts.

According to automobile accident stats, 90.7% of drivers in the US wear seatbelts. The national average doesn’t reflect statewise tendencies, where Hawaii tops the seatbelt-wearing chart. In Georgia, California, and Oregon, more than 95% of drivers wear seatbelts.

ESC helps a vehicle manage traction and automatically compensates when the tires lose grip. This comes in handy in areas where vehicles tend to lose traction due to snow.

So far, there have been five fatalities involving self-driving cars.

Time for some straight talk about smart car accident statistics. The five fatalities that are attributed to driverless cars were not actually caused by purely autonomous vehicles, but by “Level 2” vehicles that rely on human drivers to stay aware of conditions and take control when needed. Four of these five incidents resulted in the driver's death.

On a less morbid note, let’s take a look at some insurance stats, assuming that you’ve survived a collision and simply need your vehicle fixed.

Michigan is the most expensive state for auto insurance.

In Michigan, drivers pay an average of $2,878 per year on auto insurance. The second most expensive state is Louisiana. Accident statistics within a state or region have an impact on how costly the insurance is.

Collision claim frequency has been steadily increasing since 2009, along with the cost of those claims.

These stats should give you a reasonable idea of how many people die in car accidents and why. Wearing seatbelts is a good idea while driving. Talking on your cell phone isn’t. By adopting just a few good safety habits, you can dramatically decrease your chances of becoming a car accident statistic.

How many people die in the US from car accidents each year?

About 38,000 people die every year in the US in car accidents.

How likely is it to die in a car accident?

You have a one in 103 chance of dying in a car crash. For comparison, the chances of dying from heart disease are one in six.

What state has the most fatal car accidents?

What is the most dangerous city to drive in?

Baton Rouge, Louisiana, is one of the most dangerous cities to drive in. Los Angles can also be considered dangerous, since it had the largest number of traffic fatalities in 2018. 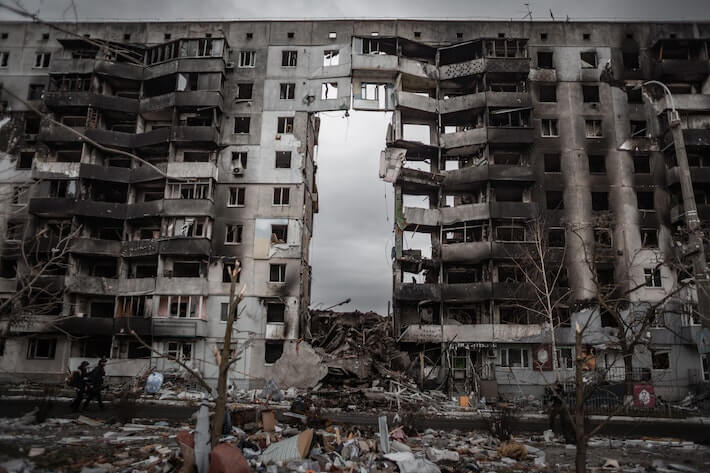