Is it Illegal to Drive Barefoot?

If an elderly relative has told you to put your shoes on when driving, you might be wondering whether driving barefoot is OK. Some drivers prefer driving without shoes, believing that removing them gives more control over the vehicle.

Ultimately, is it illegal to drive barefoot? Drivers need to understand the potential risks and penalties involved with the practice in their states. Nobody wants to be arrested and fined for such a silly traffic violation, right?

Aside from potential legal complications, it's also worth considering the impact on insurance when driving barefoot and the safety risks involved. That said, is it actually illegal in most states, or is that just a myth? Read on to find out.

True or False: Is It Illegal To Drive Barefoot?

Most drivers have heard that they shouldn’t drive barefoot at some point during their lives because it is against the law. If your driving instructor or your family has been perpetuating the idea that barefoot driving is fineable, you can thank Jason Heimbaugh for providing a clear answer once and for all.

In the 1990s, Heimbaugh contacted every state's motor vehicle department to find out whether it was illegal to drive barefoot. The 50 states all responded by providing clear advice regarding shoe-less driving for all types of vehicles.

Is It Illegal to Drive Barefoot in Any State?

Drivers will be pleased to hear that none of the 50 states ban barefoot driving. However, many discourage the practice as they consider the safety risk of driving barefoot a real issue.

Alabama is the only state that prohibits driving a motorcycle barefoot. However, your shoe choice is irrelevant for other types of vehicles.

Arizona, Arkansas, California, and Nevada warn that you could be charged or face civil fines if not wearing shoes contributes to reckless driving or causes an accident.

The following states consider barefoot driving or driving with open-heel footwear unsafe: Indiana, Iowa, Missouri, Ohio, Virginia, and Wyoming. They do not prohibit it, but they strongly discourage drivers from removing shoes at the wheel.

Tennessee is the only exception, as you could come across local regulations that contradict the federal stance on shoe-less driving. If you are driving in Tennessee, it would be helpful to reach out to your local authorities to find out more. Is driving barefoot illegal across the entire state of Tennessee? No, but it can be in some cities and areas.

Finally, both Michigan and Wisconsin encourage driving a motor vehicle barefoot if it can allow better control over the vehicle.

What Happens if I Drive Barefoot in a State That Discourages the Practice?

Discouraging is not the same as making it illegal. Some states, such as California, may hold you accountable if your driving has already attracted the attention of the authorities. However, if you are found barefoot at the wheel and have not been presenting a danger to anyone else on the road, there is no reason to fear a fine.

Why Is It Illegal To Drive Barefoot in Public Opinion?

It's impossible to pinpoint precisely what or who created the urban myth about shoe-less driving. We are guessing it’s just a case of doing as most people do: since most drivers wear shoes when driving, it is easy to imagine they are just following specific regulations.

In reality, no federal law requires drivers to wear footwear. However, it is essential to understand that the lack of footwear in a car could make you accountable in case of reckless driving or an accident. In other words, your choice of footwear could have serious consequences, even if no state law explicitly prohibits barefoot driving.

The main reason why you should avoid driving barefoot is road safety. Indeed, not wearing shoes could affect your driving style and present danger for other cars or pedestrians on or beside the road.

For instance, if a driver sweats profusely during the summer, their foot may easily slide off the pedal, causing their vehicle to behave erratically in traffic.

Additionally, depending on the style of the pedals, it might be uncomfortable to apply firm pressure on the gas or brake. Therefore, a driver may not be able to break on time because pressing on the pedals hurts their bare feet.

Even if you are not made accountable for an accident, being barefoot puts you at risk of serious injuries. Glass cuts, crushed car fronts, and violent impacts could lead to potentially life-changing injuries.

You could be distracted due to not wearing shoes and feeling the car motion through the pedals. It could affect your reactions and make you more dangerous to others on the road.

In the event where you need to evacuate the vehicle rapidly, being barefoot or in socks could cause delays while you put your shoes back on. And, let’s face it:  an emergency situation, delays are the last thing you want.

How Do Insurers React to Drivers Without Shoes

“Is it illegal to drive without shoes?” is probably not a question you want to address with your car insurer. Doubly so If you have been involved in an accident or a collision and need to inform them about it.

Many states advise against removing your shoes to drive. Therefore, if you happen to be in one of those states, the lack of footwear could affect your claim. Indeed, insurers do not look kindly on any sort of dangerous behavior at the wheel. So, if you are making a claim regarding your car, you want to ensure that you can submit sufficient evidence of:

If your barefoot habits at the wheel contribute to an increased number of claims, it could even affect your car insurance costs in the long term.

Are Shoes Always the Best Choice for Safe Driving?

States such as Michigan and Wisconsin encourage drivers to go barefoot if their footwear could interfere with the driving and put others at risk. There is a clear reason for the recommendation: Unsafe footwear can be in many ways more harmful than not wearing any shoes.

Some shoe styles are publicly recognized as being potentially more dangerous than no footwear at all:

Road safety experts recommend keeping safe footwear in the car, so drivers can always have access to it.

So, let’s wrap things up. While some state laws discourage being barefoot while driving, there is no law against it. The sole exception is Tennessee, where some local areas and cities prohibit the practice. Make sure to check with your local authorities if you happen to drive through the state.

However, driving barefoot could be linked to potential accidents and risks on the road, which can have dramatic consequences for drivers and everyone else involved. So, if you are going to remove your shoes before driving, just remember that it may not be illegal, but it’s usually not a great idea, either.

Is it illegal to drive in flip-flops?

Wearing flip-flops while driving is not illegal in any of the 50 states. However, it can contribute to reckless driving and accidents. If your footwear choice has affected your driving style or put other vehicles or pedestrians at risk, you could face civil charges and fines.

Is it OK to drive barefoot?

Nothing prevents you from removing your shoes to drive. The common opinion is that being barefoot could have a negative impact on your driving. However, barefoot driving is sometimes safer than wearing inappropriate footwear. Ultimately, drivers should apply common sense and pick the option they are the most comfortable with. Is it illegal to drive barefoot? No. Does that mean it’s a good idea for everyone, though? Definitely not. 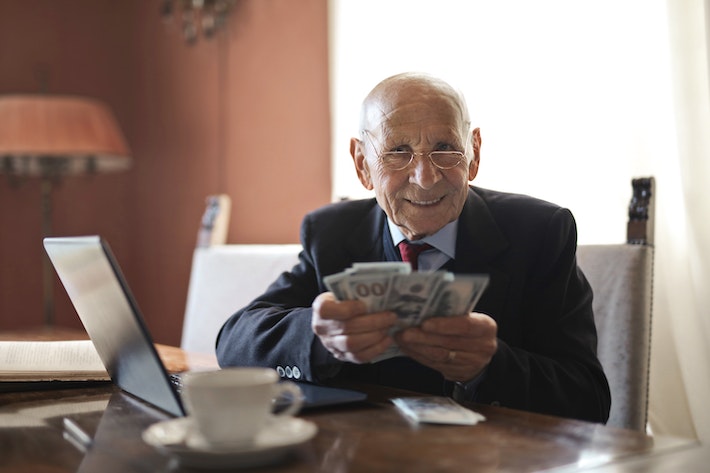 What Is Dollar-Cost Averaging? All You Need To Know About This Investing Strategy
November 18, 2022
Read full story 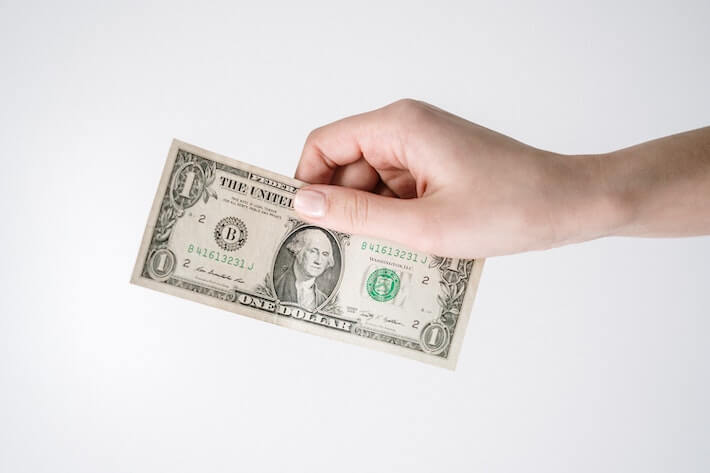 How To Start Planning for Retirement: A Short Guide
November 18, 2022
Read full story 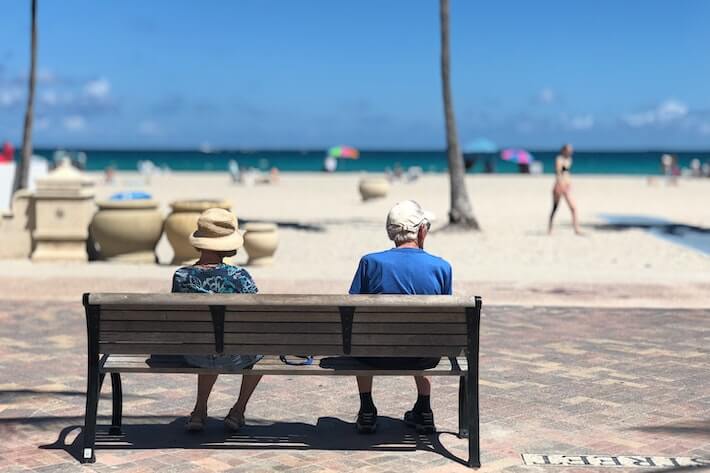 Do I Need a Business Bank Account? Here Is What You Should Know
November 17, 2022
Read full story 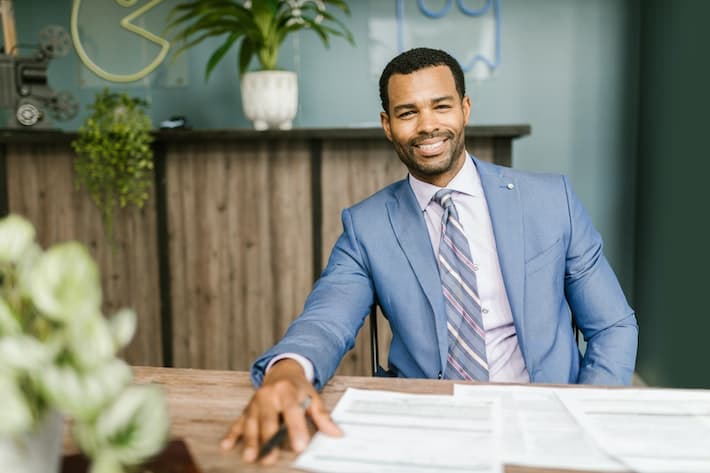