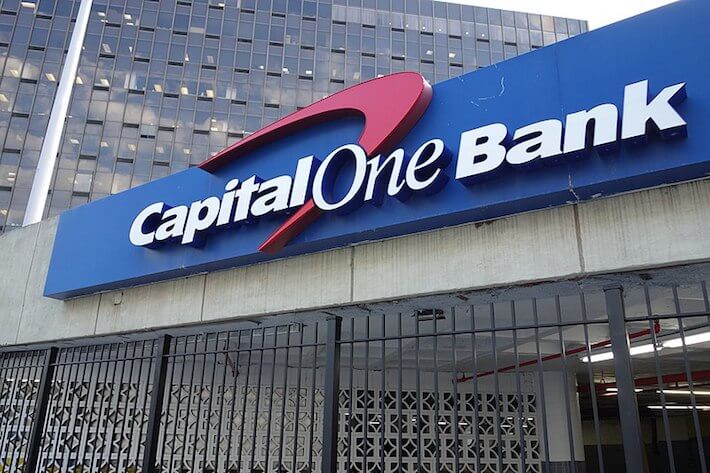 A software engineer has allegedly hacked into Capital One servers and stolen the personal data of more than 100 million people. Federal prosecutors call the incident one of the greatest bank data thefts of all time.

The hacker, Paige Thompson, 33, is accused of stealing credit card applications, Social Security numbers, and bank account information of 106 million people. Prosecutors say she immediately boasted of her success on social media, leaving an obvious trail of breadcrumbs for investigators to follow.

“I’ve basically strapped myself with a bomb vest, dropping capital ones dox and admitting it,” she posted on Slack, according to prosecutors.

The FBI noticed Thompson’s activity on Meetup, a social network that hosts a group called Seattle Warez Kiddies - a place for “anybody with an appreciation for distributed systems, programming, hacking, cracking.”

Through Meetup, they were able to trace her other online activities and verify her identity when they found a photograph of an invoice she had received from her pet’s veterinarian.

The BBC reports that Thompson has been charged with computer fraud and abuse. She faces a maximum sentence of five years in prison and a $250,000 fine.

Capital One says it’s unlikely the hacker made use the stolen information. The company has promised to notify affected customers and to provide free credit monitoring and identity protection.

"While I am grateful that the perpetrator has been caught, I am deeply sorry for what has happened,” said Capital One CEO Richard Fairbank in a statement. "I sincerely apologize for the understandable worry this incident must be causing those affected and I am committed to making it right."

The information Thompson is alleged to have stolen came from credit card applications submitted by consumers and small businesses between 2005 and 2019, Capital One says.

Capital One is the nation’s third-largest credit card issuer, according to its website.

The US Justice Department has confirmed Thompson’s arrest. A hearing is scheduled for August 1, 2019.