Everything You Need to Know About Online Banking: Statistics and Facts 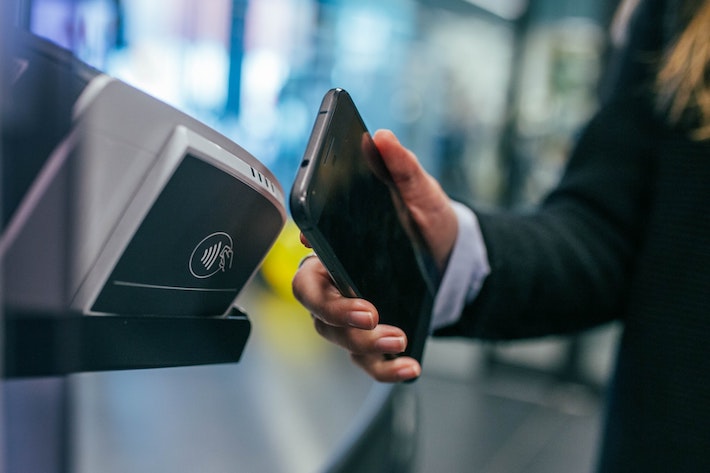 Until recently, banking required taking a long lunch or getting up early on Saturday. While physical bank branches can’t be considered a thing of the past just yet, the days of waiting in long lines for routine transactions are rapidly fading into memories.

There is no doubt that the internet revolution and technological advancements have made our lives easier in many ways. Online banking statistics make it clear that the banking industry is among the sectors that have benefited most from the rise of the digital age.

With the development of online and mobile banking came the freedom and convenience of being able to manage your funds whenever and wherever you want.

Read on to learn more about the history and development of internet banking, as well as some of the many benefits and challenges both financial institutions and their customers have faced over the years.

Even so, both financial institutions and customers doubted the rise of the digital banking age. It wasn't until the beginning of the 21st century that both parties began to understand the advantages of internet banking.

According to online banking facts, financial institutions started experimenting with internet banking in the 1980s.

The service gained popularity in the 1990s when getting home internet access became much easier.

Insured by the FDIC, it was the first fully functional digital bank in the US.

In 1994, Stanford Federal Credit Union offered online banking to all its users.

Based on US banking online data, Bank of America made history in 2001 as it became the first US financial institution to gain more than 3 million online banking users.

At the time, online banking customers accounted for 20% of its total client base.

By 2006, 80% of all US banks, including the most popular banks in America, had started offering online banking services.

Online banking statistics reveal that the percentage of EU citizens using online banking doubled between 2009 and 2019.

Online banking usage statistics from 2019 indicate that 58% of the EU population used internet banking that year.

Denmark, Finland, and the Netherlands have the highest per capita digital banking usage, as 91% of their population used online banking in 2019.

Sweden is the runner-up.

For 70% of them, mobile banking is the primary way of managing accounts. 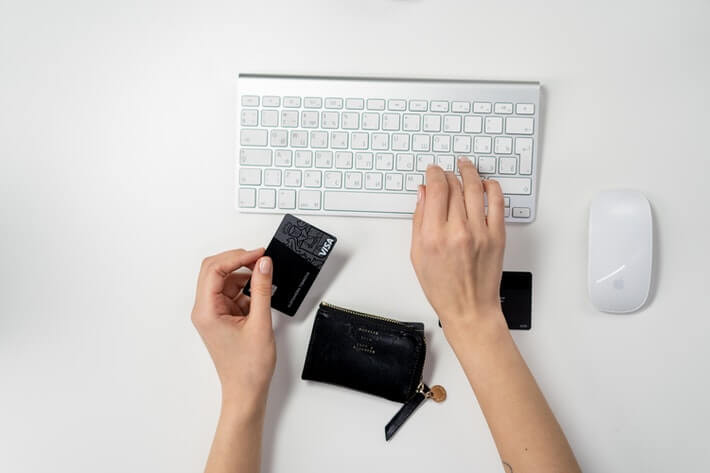 The freedom to bank whenever and wherever they wanted persuaded users from all backgrounds and age groups change their banking habits.

A recent US internet banking survey revealed that only 20% of consumers would rather pay a visit to a physical bank location than do their business via digital channels.

US online banking statistics show that 66% of customers say they are satisfied with their bank or credit union’s digital services.

According to banking industry facts, solid online and mobile banking platforms are among the most effective customer retention tools.

Approximately 30% of consumers under the age of 54 use mobile payment services like Venmo and Apple Pay at least once a week, while only 12% of those older than 54 do the same.

The US financial industry’s total branch count went down by more than 1,500 over a period of 12 months as of February 2020 - another sign of the bright future of mobile banking.

The novel coronavirus might play a role in the recent growth of digital banking.

According to a recent survey, 63% of US citizens said they were more inclined to try a new digital app for banking than they were before the pandemic. Also, 82% said they were concerned about paying a visit to their local banks.

All mobile banking is online, but some online banking isn’t mobile. When it comes to digital banking, a recent survey has revealed that consumers aren't ready to give up on PC-based online banking channels just yet.

Global online banking statistics reveal that 73% of customers use online banking channels at least once a month, compared to 59% who use mobile banking apps equally often.

Financial industry statistics indicate that approximately 70% of customers look for consistent online and mobile banking services when choosing a bank.

Based on consumer banking data, most account holders use either mobile (56%) or desktop (29%) banking platforms for balance inquiries.

To transfer funds between their own accounts or send money to someone, 48% of account holders use mobile banking, while 38% opt for desktop online banking.

According to banking statistics, only 14% of users go for other options, such as in-branch banking.

When it comes to international transfers, banking stats show that 24% of account holders prefer completing these tasks via smartphone, while 53% would rather make these transactions using a laptop or desktop computer.

Statistics on mobile banking indicate that 26% of users go to their smartphone banking apps to update account details, while 47% of account holders prefer making these changes via desktop banking.

Statistics on banking reveal that 41% of account holders use mobile apps and 44% opt for online banking to pay their bills.

Based on banking industry statistics, only 15% of users inquire about a banking product (loan, line of credit, credit card, etc.) via mobile banking apps.

Although 37% of account holders use online banking to find such information, most users still prefer in-branch consultation in these situations. 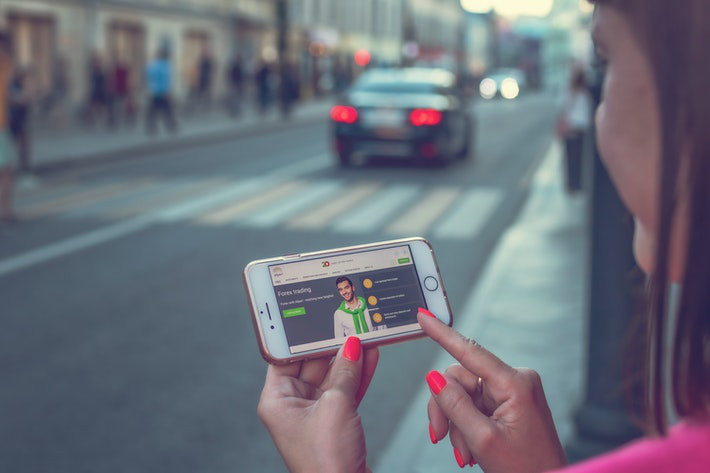 New technological developments are continuing to shape the future of banking around the world. Here are a few interesting facts and stats that shed some light on the issue:

US trends in mobile banking suggest that this type of service has been on the rise since 2011.

The advantages of mobile banking have become more visible with the increase in smartphone adoption.

(Board of Governors of the Federal Reserve)

Digital banking stats predict that the total number of online and mobile banking users will exceed 3.6 billion by 2024.

Mobile and online banking growth are expected to experience a 54% increase compared to 2020.

According to a recent consumer banking trends study, the deployment of chatbots will save the banking industry $7.3 billion in annual customer service costs by 2023.

Whether you call them digital-only, online-only, internet banks, or neobanks, a new kind of bank is becoming popular. What makes them different from traditional banking institutions is that they usually have no physical branches.

This means they are often able to offer higher returns and innovative money management resources to customers. Although it's too early to tell if neobanks will completely replace traditional banking institutions, it's a fact that internet banks in the USA and EU are experiencing constant growth.

According to online and mobile banking statistics, the most generous digital banks offer up to 2% more in APY than traditional banks.

Based on online banking trends, it is estimated that there will be 85 million neobank users in Europe by 2023.

Statistics on millennials’ online banking usage indicate that only 3% of this age group uses digital-only services like Chime or Simple as their primary banking methods.

According to the latest US banks online banking data, there are only 7 million deposit accounts in digital banks in the country.

This includes both online-only banks and branch banks with digital banking channels.

Based on the latest trends in mobile banking, the UK’s digital-only banks expect to have 35 million customers by mid-2020.

Fraud and other crimes have never been a rarity in the banking industry, and the same goes for banking in the digital age. As online banking evolves, so does cybercrime.System loopholes and social engineering strategies are behind the most common attack types.

Banks around the world lose more than $1 trillion to cybercrime each year.

The average annual cost of cybercrime amounts to $18.37 million per global financial institution.

The Central Bank of Bangladesh was the victim of a cyberheist in February 2016.

The hackers planted malware in the bank’s system and stole $101 million, of which $81 million is still missing. Based on financial industry facts, this was one of the worst cybersecurity breaches ever.

According to online and mobile banking security statistics, 95% of US account holders trust their banks to protect their personal information on digital banking platforms.

What percentage of banking is done online?

The percentage of online banking users keeps growing. Although the amount of research in the digital banking industry has also increased, it’s almost impossible to give a definite answer to this question. Based on Deloitte's global online banking data, 73% of customers use online banking channels at least once a month and 59% use mobile banking apps equally as frequently.

Given that the US banking industry’s total branch count declined by more than 1,500 over from March 2019 to February 2020, it’s clear that the future of digital banking is bright.

How do online bank accounts work?

What are the benefits of mobile banking?

Apart from the convenience of banking on the go, mobile banking stands out for its cost-effectiveness. While this banking option usually costs less, it doesn’t mean that it comes with limited services.

Features of mobile banking include account balance and account statement inquiries, fund transfers, checkbook requests, credit and debit card alerts, bill payment, minimum balance alerts, and so on. Also, the most generous digital banks offer up to 2% more in APY than you'll earn on accounts at branch banks.

Opening an account online is as simple as applying for a new bank account at a branch location. Before you make a decision to open an account with a certain bank, make sure to check the provider’s online and mobile banking app features.

Once you provide your personal information and the registration process begins, you’ll need to wait for the bank to verify your identity. After that, you’ll just need to make an initial deposit.

Based on online banking statistics, 95% of US account holders are confident their banks will protect their personal information on digital platforms. Given that both online and traditional banks operate on digital systems, online-only banks with standard security measures in place are just as safe as branch banks.

However, before you open an account with a US digital bank, we suggest you look for safety features such as FDIC certification, fraud monitoring, and encryption.