The Fiscal Cliff: Explanation and Causes 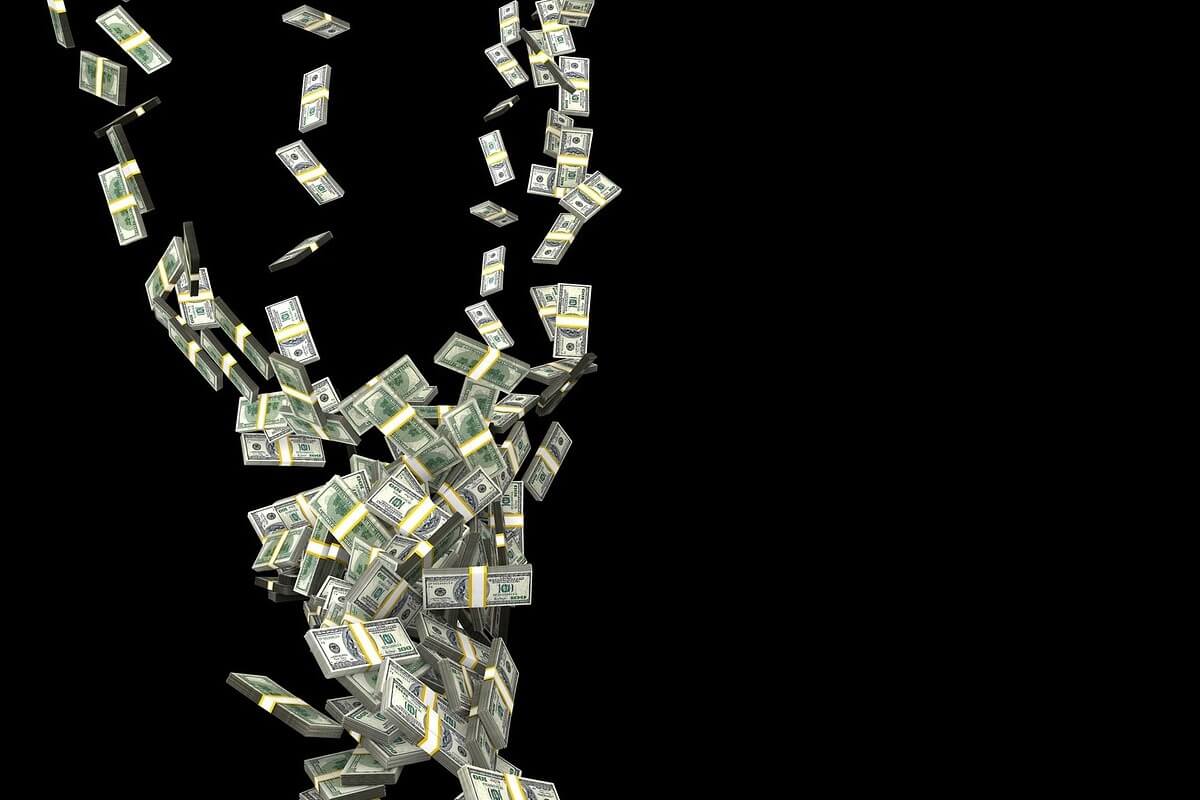 2012 was a long and important year for America. The country was successfully recovering from the Great Recession, and presidential elections loomed on the horizon with a notion of new hope for the people. But on January 1, 2013, the United States found itself on the verge of another big recession. It nearly went over the fiscal cliff.

A Cliff in Name Only

Consumer spending, tax revenues, and government spending are the engines that drive GDP and keep the nation’s economy healthy. Due to previously passed legislation, a lot of economic changes were going to happen simultaneously, possibly sending the United States into another great recession. That, experts say, could have led to more than three million people losing their jobs. The rest would be paying higher taxes and making fewer purchases to drive the nation’s economic growth.

It is still unclear who exactly coined the fiscal cliff definition and applied it to the impending financial catastrophe. Some say it originated in 1989 when St. Louis Post-Dispatch reporter Safir Ahmed used the term in an article about education funding. The term started appearing in print more often in 2011, when it was used in reference to expiring tax cuts. Federal Reserve chair Ben Bernanke used the term in early 2012 in warnings about the financial disaster that loomed on the horizon. So the definition of the fiscal cliff is a crisis driven by tax cuts and government spending cuts all expiring at the same time.

The name evokes imagery of falling over a cliff. That’s appropriate, as the economy was figuratively teetering on the edge of a cliff. Experts said it was poised to suffer a massive fall, the worst in 60 years or more. Some analysts suggested renaming the impending downturn a “fiscal slope” or “fiscal hill,” suggesting that the effects could be gradual, not immediate.

No matter what they called it, there’s no denying it was unwanted.

The Cause of the Fiscal Crisis

There were numerous causes for the crisis that was narrowly averted. The short version is that Bush-era tax cuts were all scheduled to expire on the same day - which happened to be the day.

For a clearer look, it would be helpful to travel back in time, back to 2001.

The Economic Growth and Tax Relief Reconciliation Act of 2001

One of the major tax cuts signed by President George W. Bush was passed just a few months after he took office. The cuts fueled a further fiscal deficit increase. One of the two Bush tax cuts, later known as EGGSTRA, reduced individual income tax rates by up to 10%. It was designed to reduce tax rates further in 2006.

Another major tax cut, JGTRRA, was introduced in the middle of 2003 as a way to end the 2001 recession. It is credited with boosting economic growth by 3.8% in 2004. The act significantly reduced long-term capital gains tax rates. In just five years the act zeroed tax rates for a group that previously paid 10-15%. Dividend tax rates became equal to long-term tax rates, and companies started investing in stocks that paid dividends. Analysts say the act should have expired in 2004 or 2005, once the recession’s damage was ameliorated, but it was set to last until 2010. Ultimately, Congress chose to extend it.

JGTRRA was extended in 2010 during President Obama’s presidency. The 2010 legislation was a massive $858 billion deal that cut payroll taxes by two percent and extended unemployment benefits for another year. It also included $55 billion in tax cuts for industry, an extension of the college-tuition tax credit, and an increase in workers’ spendable income of $120 million. The legislation also reinstated the inheritance tax, a 35% tax that applied to individuals with residences worth $5 million and families with estates worth more than $10 million.

Obama was determined to reduce the US deficit, and so he tinkered with the Alternative Minimum Tax too. Originally intended to catch tax evaders from the highest-grossing class, it had a major flaw - it didn’t take inflation into account. This face could have seen 21 million or more workers earning under $50,000 suffer tax increases of up to $3,700.

The Budget Control Act of 2011

A set of complex mechanisms was enacted in early August of 2011, including a federal debt ceiling. Billed as the Budget Control Act, this statute raised the debt ceiling to $400 billion, with the option for the president to raise it by $500 billion and even by another $1.5 trillion. There were further deficit reductions, the most notable being $917 billion of cuts over 10 years, with $21 billion slated to take effect during the 2012 fiscal year. The most important part of the act was the requirement for Congress to create a deficit reduction plan that detailed at least $1.2 trillion in spending cuts.

What the Fiscal Cliff in 2013 Could Have Looked Like

The fiscal cliff could have seen America fall into another recession. The tax cuts and budget-control laws were all set to end on the same date. Had that actually happened, the sudden shock to the economy would have been $607 billion. 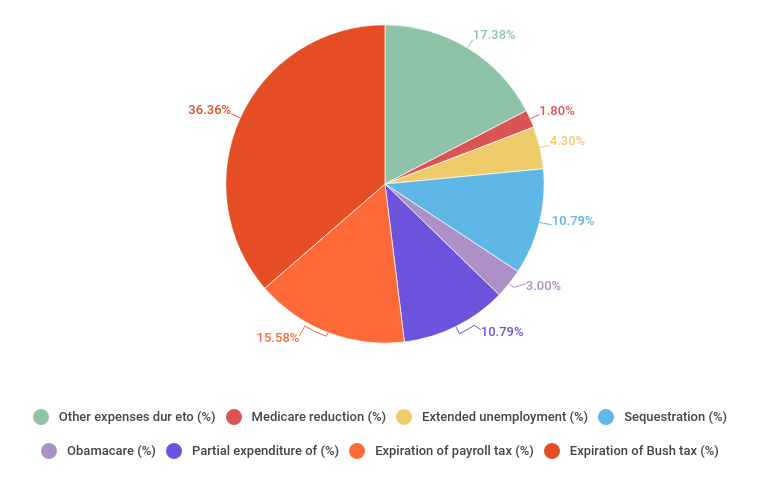 The most significant hit to the federal budget deficit - over one third of the projected losses - would have come from the expiration of the Bush Tax Cuts. Federal spending would also suffer drastic reductions. Unemployment benefits for over two million people would have expired and Medicare would have lost $11 billion of funding. Overall economic growth was set to drastically slow, from 3.8% to 2.3%. The US economy would have been able to recover, but it would’ve been a slow and painful journey.

For an individual, especially a middle-class citizen, the fiscal cliff spelled disaster mostly in regard to taxes. A report from the Tax Policy Center says that an increase of $2,000 was projected for individual taxes in 2013. Popular credits on the other hand, such as 401(k)s, child tax credit, American opportunity credits, earned income credit, and retirement accounts were slated to face drastic reductions.

All in all, tax revenue would have risen by at least 5%, and up to 13%. Looking back at the Tax Policy Center report, it’s easy to see how severely the sudden jump in taxes could have affected the US economy, even if it could have decreased the deficit over time.

To illustrate the upcoming crisis, the Congressional Budget Office produced a US deficit chart in its August 2012 report, "Update to the Budget and Economic Outlook: Fiscal Years 2012 to 2022.” CBO estimated that the federal budget deficit was $1.1 trillion in 2012, meaning that the country had had a deficit of at least $1 trillion for four years in a row. CBO assumed based its projections on the expiration of tax cuts...and projected the deficit would increase by 3.5% of GDP in the following 10 years.

How the Crisis Was Averted

The Democratic and Republican parties have different views when it came to budget cuts and saving money. They each had suggestions on rebuilding the economy and resolving the US federal budget deficit. Their proposals and plans were just the first step - the Senate and The House of Representatives had to pass new laws to prevent the country from going over the fiscal cliff.

Negotiations between Democrats and Republicans started in the middle of the summer of 2012 with the president’s proposal to apply Bush Tax Cuts to 98% of taxpayers. It barely passed the Senate - 51 to 48. A week later it was rejected by the House. The Republicans’ alternative proposal for extending the tax to all taxpayers didn’t go anywhere.

At the end of November 2012, President Obama introduced targeted tax cuts instead of a sequester, proposing, for example, $400 million in Medicare cuts, to be phased in over 10 years. He proposed extending a two-percent payroll tax cut and tax cuts for individuals earning under $200,000 and couples earning below $250,000.

An alternative - a $2.2 trillion US deficit cut - was proposed by Republican John Boehner. The proposal included cuts in budget expenditure over the next 10 years, raising Medicare eligibility from 65 to 67 years of age, and cuts in Social Security. He later proposed raising taxes for anyone earning over a million dollars, but pulled his proposal soon after finding out that it wouldn’t be supported by his party.

Members of both political parties came to an agreement in November and formed the “Gang of Eight,” a group that included leaders from both parties. The members were drafted from the Senate and the House of Representatives with the goal of finding a middle ground on saving the US economy.

It all came down to the final three hours on the last day of 2012. During those hours, the Senate finalized the deal that would ultimately help the country prevail and avoid the worst of the scheduled economic effects. The economy didn’t go over the cliff. The crisis was averted.

The Senate introduced the American Taxpayer Relief Act of 2012 which was set to provide $600 billion in taxes over 10 years. These are the results of the fiscal cliff deal:

Would the Consequences Really Have Been That Bad?

What would have happened if we had gone over the fiscal cliff? Would there have actually been another Great Recession? And if so, would the country have been able to get back on its feet afterward?

There are many theories. Some claim the cliff would have been financially beneficial to the country in the long run.

The reality is that the fiscal crisis wasn’t a random occurrence. It was self-imposed. Such massive economic turmoil didn’t happen overnight, but it can be boiled down to one central, very important factor that set everything in motion. Debt.

America has been living in debt for far too long, with a significant annual deficit. In fact, the national debt had been increasing steadily, surpassing a 100% debt-to-GDP ratio prior to the averted cliff crisis.

These warning signs weren’t taken seriously until mid-2012, when it became evident that the economy was slowing down. Going over the cliff seemed inevitable. From that point on, US companies were hesitant to expand. Some shuttered or sold their business to avoid the upcoming taxes. But most of America was waiting, contemplating the upcoming presidential elections and Washington’s next move.

It’s possible that for the US, the fiscal cliff wasn’t really a win-lose situation, but something more complex, a situation that could’ve given a major boost to the economy in the long run. The Congressional Budget Office has said that if all the tax cuts had been extended, and government spending remained intact, the economy would have grown by 4.4% in 2013. The CBO believes that this would have also given companies the reassurance they needed to hire more employees, which would, in turn, reduce expenses for unemployment benefits. Eventually, Congress could have gradually implemented previous taxes, and cut expenses.

According to the CBO, the national deficit by the year 2022 could have been reduced by $200 million to under $1 trillion - but at the cost of potential financial turmoil.

While the crisis was averted at the last minute, that doesn’t mean there are no lessons to be learned. Planning was a big factor that could have erased the cliff before it even happened. There were simply too many big economic changes happening at once.

The fiscal cliff was successfully averted as 2012 ended and a new year began. Its effects remain as a reminder that certain mistakes shouldn’t be repeated. 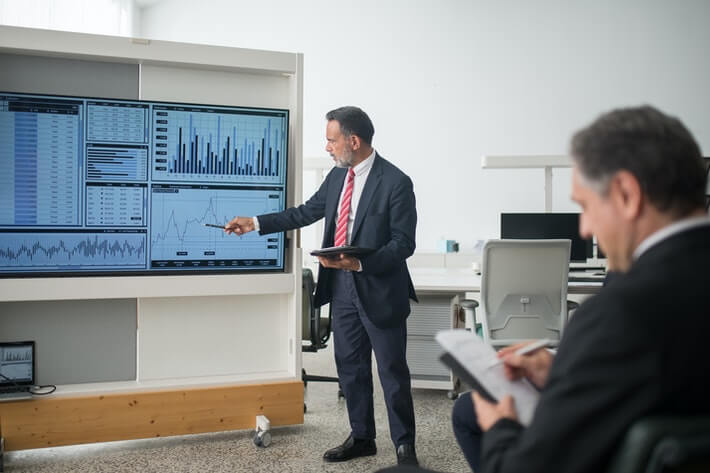 Voided Check: How and When To Use One
January 27, 2022
Read full story 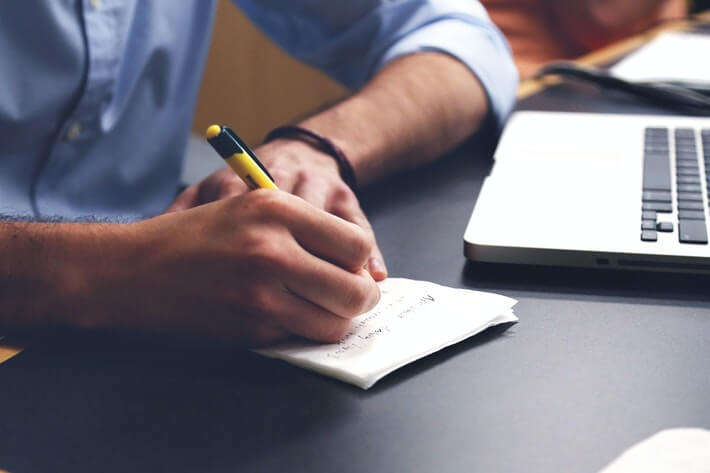 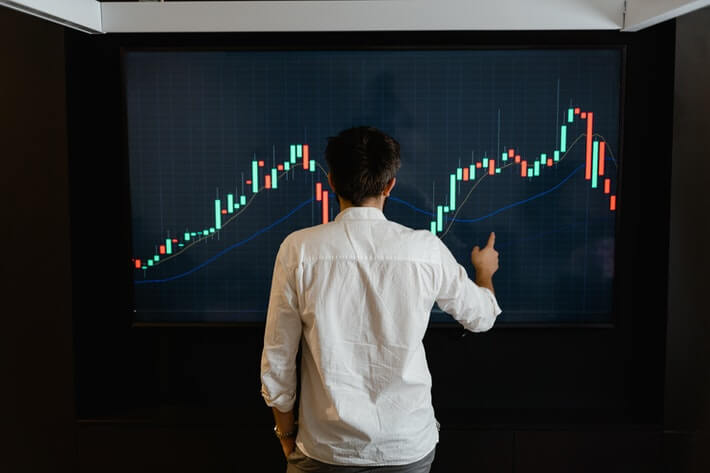 Variable Cost: What Is It and How Do You Calculate It?
January 26, 2022
Read full story 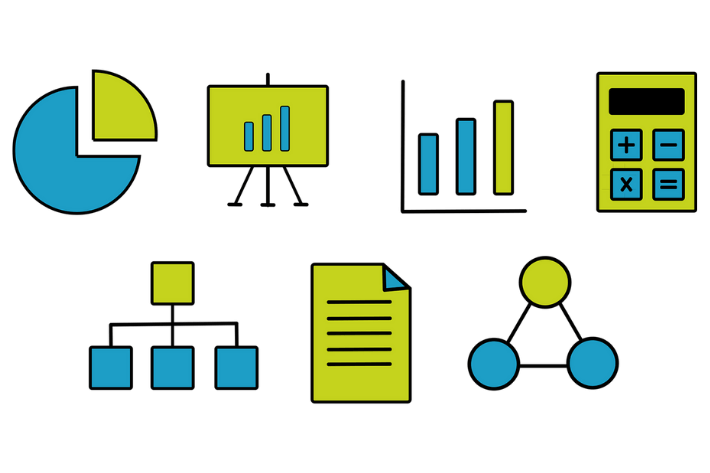