The mobile phone market has been turbulent since the introduction of the iPhone. Many tech giants rushed to get their piece of the cake, with varying degrees of success.

In this article, we’ll take a look at the current state of things, what the market looked like in the past, and what the future might hold. So, if you want to know more, read on!

The first ever mobile phone call was made on April 3, 1973, by Martin Cooper, a senior engineer at Motorola.

And just like that, the foundations of a new industry were set.

It would take Motorola another 10 years and an additional $100 million in R&D costs to bring the first commercial mobile device, the DynaTAC 8000X, to the phone market.

By then, Nippon Telegraph and Telephone had already blanketed Japan with a nationwide cellular network. The Nordic Mobile Telephone network soon followed. In 1981 it was launched simultaneously in Denmark, Finland, Norway, and Sweden, becoming the first mobile phone network featuring international roaming.

Even so, consumer demand was strong - the company had a waiting list of thousands of customers. Initially, Motorola dominated the cell phone market share in America. The brand was associated with the very idea of a mobile phone.

First-generation mobile phones were so expensive they were really only accessible to the wealthy and corporate executives. It would take a few more years for mobile devices to appear in the hands of average consumers.

The consumer market started to expand in 1990. It had become evident by then that 1G simply wasn’t able to deliver low-cost solutions for the masses.

The answer was 2G, a technology that represented a shift from competitive to cooperative development. The technology was pioneered by European countries that created working groups such as R21, GSM, and ETSI.

Specifically, GSM would become the leading 2G technology, dominating over 80% of the world’s phone market share. It has served as a foundation for developing new technologies and a gateway for competitors to enter the mobile market.

Among the most prominent newcomers was Nokia, a Finnish company that exploded onto the scene with a GSM-based digital phone. The Nokia 1011’s huge success encouraged the company to sell off its other divisions and focus solely on mobile phones.

Nokia retained its grip on the global market for most of the next decade. The company hit 40% market share in 2007, but by then, there were already signs that the Finnish giant was encountering issues.

Its 3G line of phones with experimental designs hadn’t been as successful and popular as Nokia had hoped, but the real issue was the company’s Symbian operating system.

Though it had first-rate hardware, Nokia underestimated the importance of software. This was a big reason why it was overtaken by Apple, which would dominate the smartphone market in the coming years.

The mainstream smartphone as we know it was introduced on January 9, 2007, when Steve Jobs took to the stage at Macworld to announce the first iPhone. The phone would be released on June 29 of that same year.

While it wasn’t technically the first smartphone ever made, the iPhone was the best take on the concept yet, and it did nothing short of revolutionize the industry. It combined cellular connectivity with a high-resolution touchscreen and a powerful processor capable of running complex apps.

iPhones sold quickly from the very start, in no small part due to the iOS operating system’s powerful features.

Partnering with HTC, Google released the first commercial Android phone about a year after the iPhone launched, establishing Android OS as a strong open-source contender. Sticking with its proprietary Symbian OS turned out to be a fatal mistake for Nokia.

As the decade came to an end, so did the age of Nokia’s dominance. Desperate for a new strategy, Nokia partnered with Microsoft, selling its phone division, and finally disappearing from the market.

China’s unprecedented economic growth has made the most populous country in the world a huge market. With the world’s largest middle class and a key role in manufacturing cell phones for companies based in other parts of the world, China inevitably saw the rise of several smartphone companies.

At the beginning of 2010, Chinese phone makers made almost no mark on the world’s smartphone market share.

However, with each passing year, the threat that Huawei and other big Chinese companies posed to Samsung and Apple became more and more evident. Huawei’s 3% 2011 market share grew to 16% by 2019, when it managed to overtake Apple in smartphone unit sales.

However, by 2020, Huawei would also be overtaken by another major Chinese company, Xiaomi, which remains one of the chief contenders in the smartphone market to this day.

The Leaders in the Global Smartphone Market Share in 2022

As the global smartphone market continued to grow, several major names established themselves as industry leaders. In 2022, the three leading companies are Samsung, Apple, and Xiaomi. 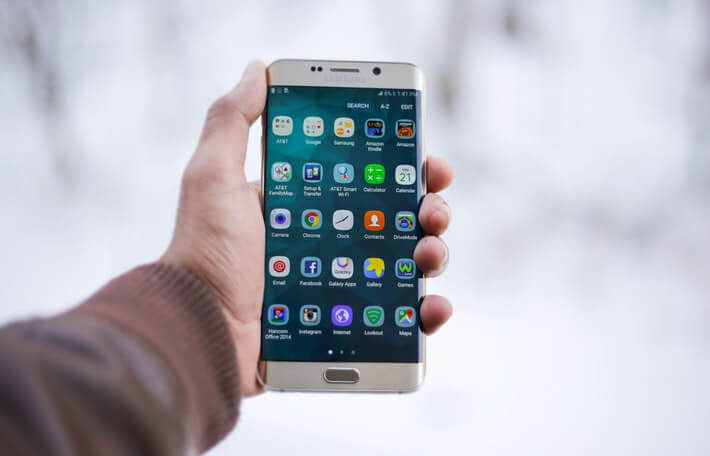 The data for the past two years shows that Samsung is the dominant force in the global smartphone market.

Maintaining the leading position proved challenging, since it lost the top place to Apple on two occasions (Q4 2020 and Q4 2021).

Additionally, throughout the years, Samsung Galaxy phones stood out among other smartphones due to some great innovations. For example, they introduced AMOLED displays to even the most affordable models and featured the first dual pixel camera sensor.

In September, the Samsung smartphone market share in the USA was way lower than Apple's (30.11% to 55.45%). Still, the mobile communications sector, where smartphones fall, was Samsung’s most successful branch in the past ten years. 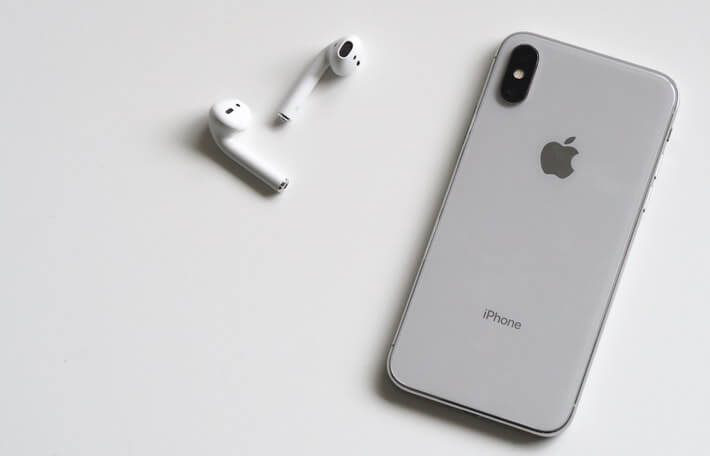 Apple has been the closest runner-up in the global smartphone race, and over the past two years, it even overtook Samsung in several quarters.

Apple’s smartphone market share remains high, mostly thanks to the iPhone and its US dominance.

Moreover, Apple Pay gained 66 million users globally in 2020 alone, making it one of the fastest-growing contactless mobile payment technologies. Besides, the iPhone has been the most popular Apple product since its release.

Moreover, the Apple iPhone 13 managed to launch the company to first place among the global smartphone manufacturers in Q4 2021 due to its excellent performance in China. 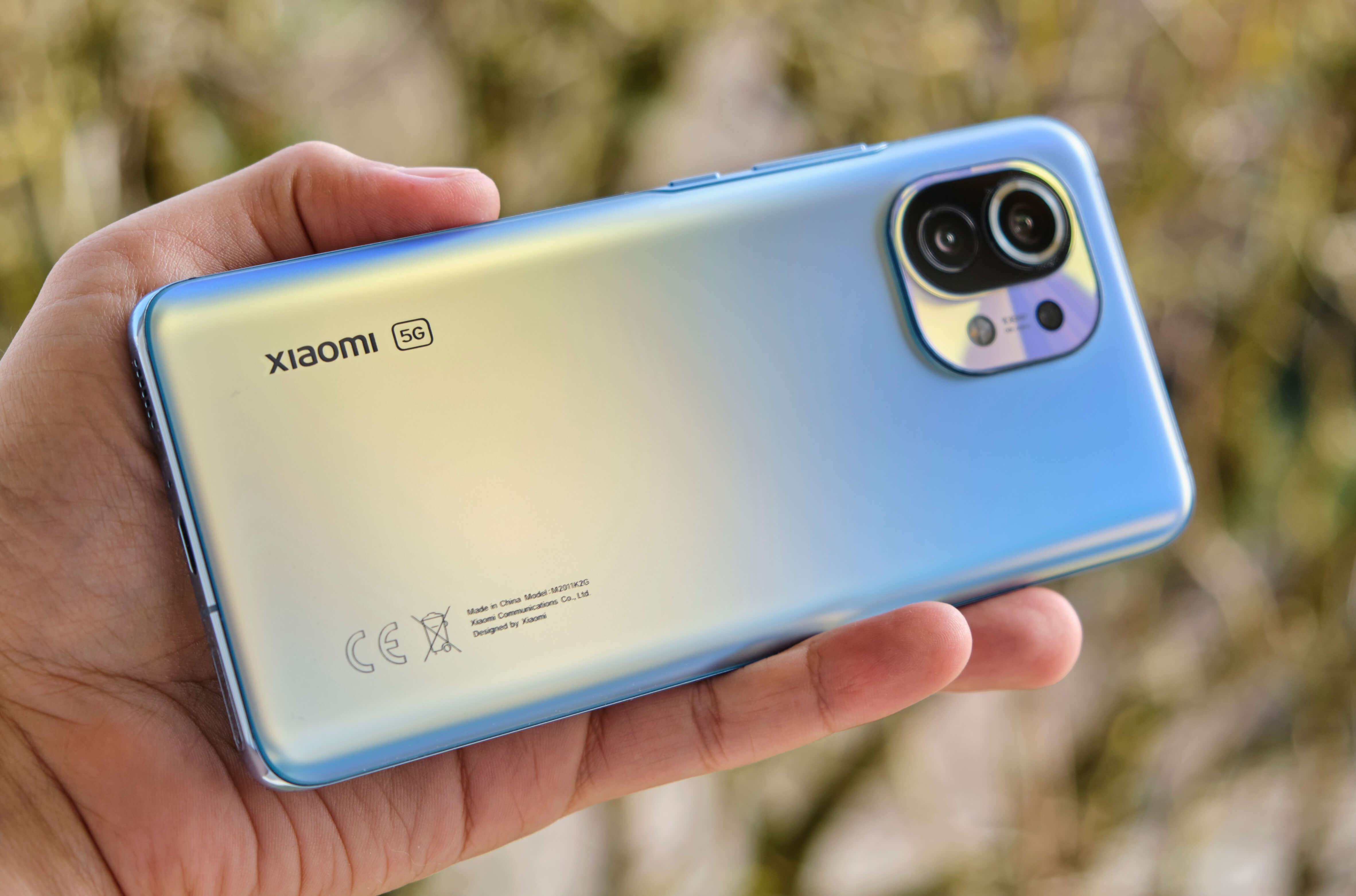 Xiaomi replaced Huawei as the leading Chinese smartphone manufacturer. While Huawei was the second in total smartphone shipments in 2019 globally, the trade ban the US imposed took its toll.

Aside from the leading trio, which secures the lion's share of global shipments, the fourth and fifth place are also held by major Chinese companies: Vivo and Oppo, respectively.

These three names dominate the Chinese market, and they constitute over 32% of the global smartphone market. That said, China’s smartphone market share is the highest of any individual country.

Though there are many smartphone manufacturers out there, there are only two operating systems vying for dominance: Apple’s proprietary iOS and Google’s open-source Android OS.

Global market share data shows that Android devices dominate the industry. By August 2022, Android was used on 71.47% of all smartphones, while iOS held a 27.88% share. The remaining 0.65% consists of other operating systems.

In most countries, Android phones hold a huge majority of the market, but the US smartphone market share data tells a different story. As of September 2022, the iOS market share was 54.42%, while Android participated with 45.25%.

The global smartphone market is expected to continue growing in the future, despite the gloomy economic outlook causing users to delay purchasing electronic hardware in 2022.

Furthermore, the number of smartphones shipped worldwide is expected to reach 1.38 billion by the end of 2022, up from 1.35 billion in 2021. This growth is expected to continue, with shipments reaching 1.53 billion by 2026.

The mobile phone market has been highly competitive since the very beginning, and all it takes is for one drastic change in technology or one significant market shift to radically alter the industry landscape.

That said, while we don’t expect any radical changes in the near future, there’s no telling what the market will look like by the end of the decade.

Samsung is the single biggest smartphone producer in the world. Data for Q2 2022 reveals that approximately two out of ten smartphone users had Samsung phones. Apple was the runner-up, and these two manufacturers' combined global cell phone market share was 37% at the time.

Which phone is selling the most in 2022?

As of June 2022, the global smartphone market recorded the iPhone 13 as the single best-selling model in the US and in the world, followed closely by the iPhone 13 Max.

As of Q2 2022, Samsung has the lead with a 21% global smartphone market share. It’s followed closely by Apple at 16%, and Xiaomi currently has third place at 13%. The fourth and fifth place are held by Oppo and Vivo at 10% and 9%, respectively. Other manufacturers account for the remaining 31%. 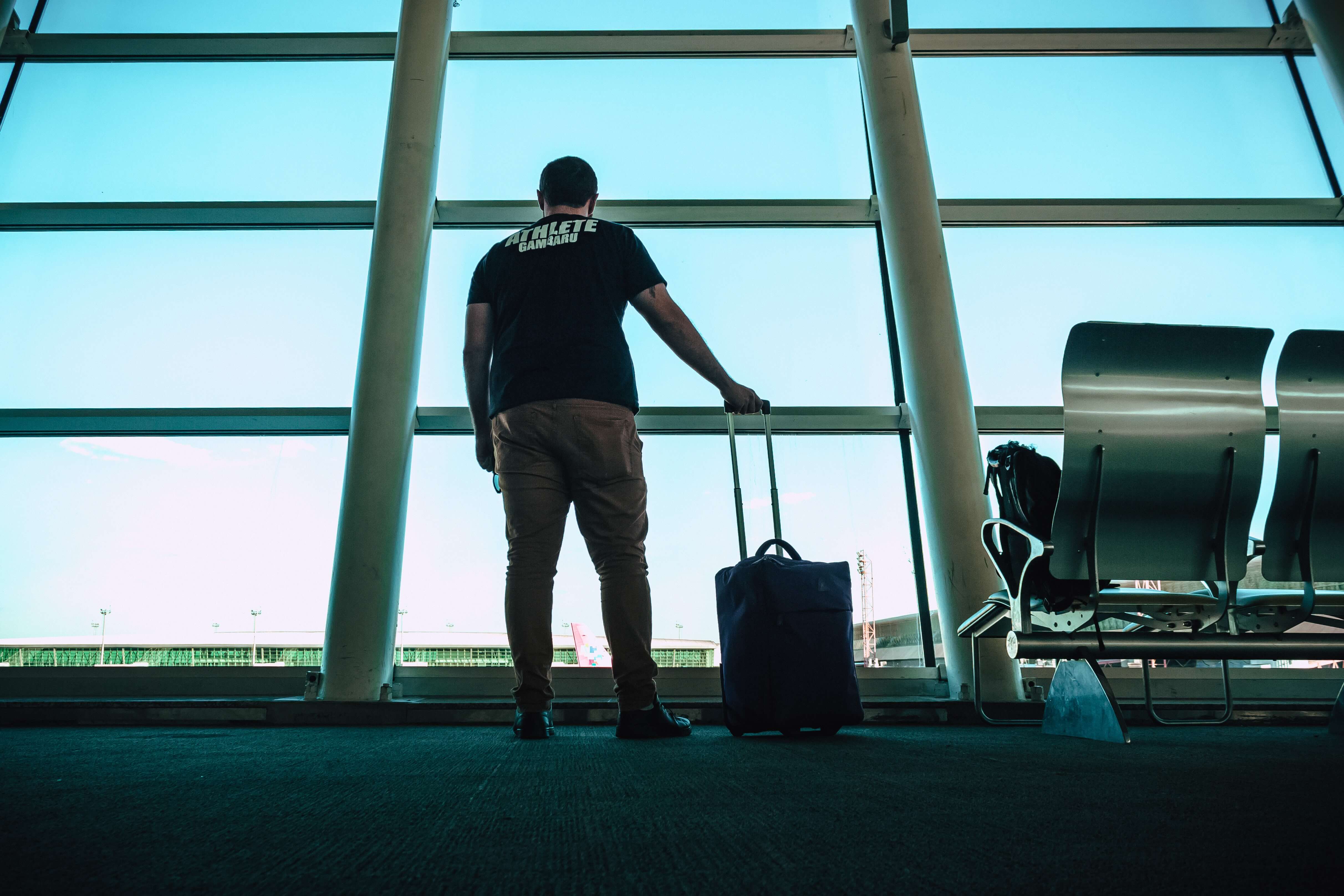 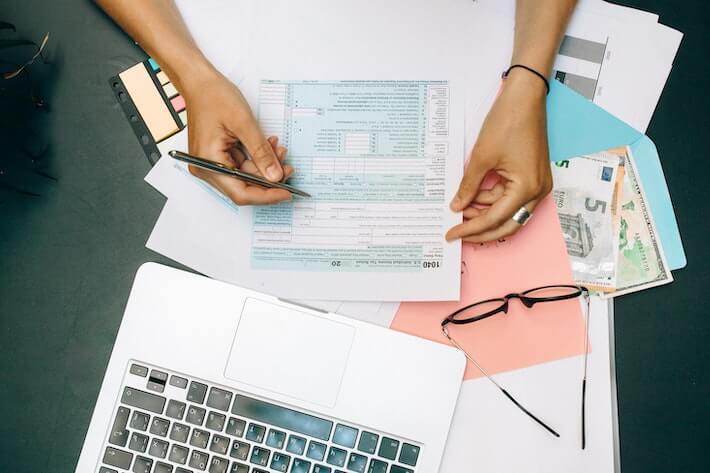 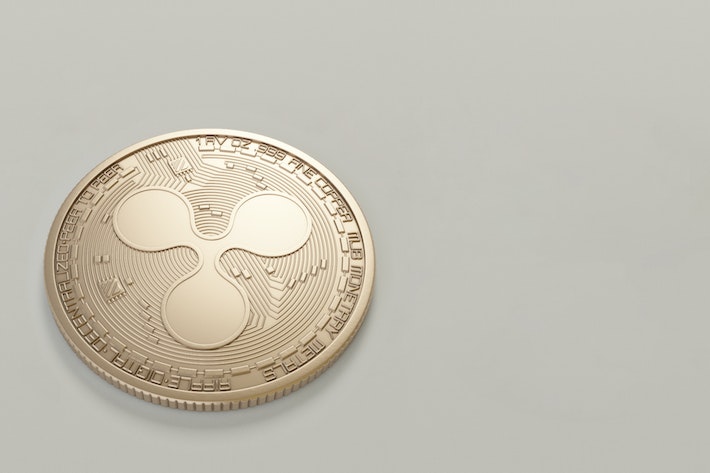 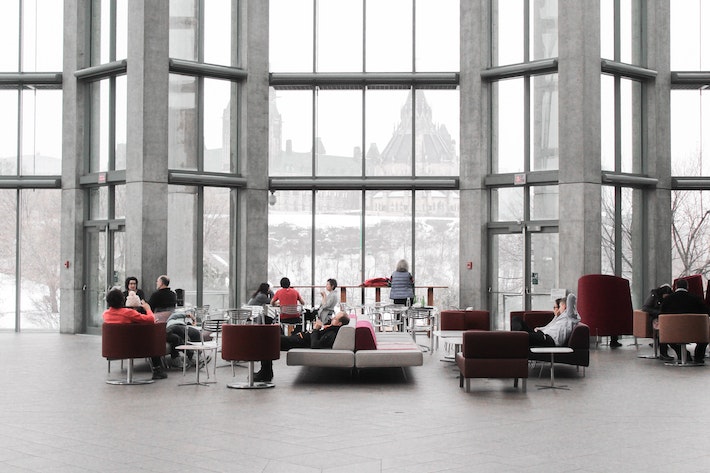