Car Loan Statistics That Will Make You Want a Bicycle 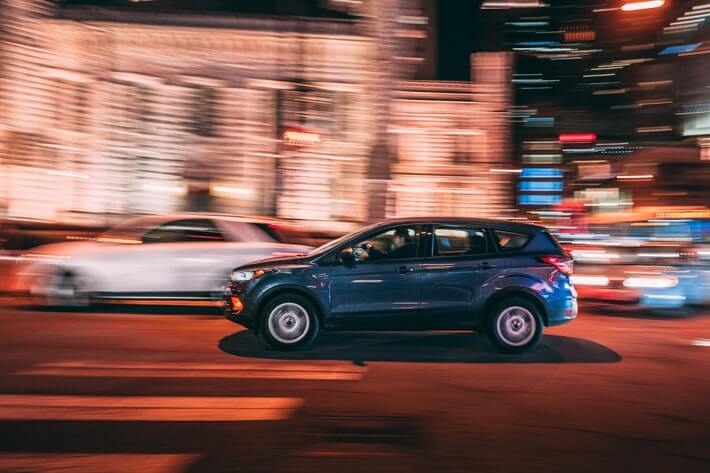 Our lives are measured in automobiles. From the clunkers we save for in high school to the shiny sedans we drive nervously off the lot after a promotion, each defines an era, a stage in life. Road trips, vacations, commutes, back seats full of kids... American life happens on wheels.

Like the automobile, debt is also an essential part of American life. Student loans, insurance payments, mortgages - and yes, car loans. We lease. We borrow. We add our households to the long list of car loan statistics and find our place on America’s mountain of consumer debt. But hey - how else would we get where we need to go?

Every year the automotive industry sets a new collective debt record. Auto loans in the USA reached almost $1.2 trillion in 2019, an increase of 6.5% over 2018. There are 276 million vehicles on the streets of the United States, 1.7% more than in 2018. The correlation is clear: more cars, more debt.

Total auto debt increased by 59% over the past decade.

Even with a percentage that might appear low compared to revolving credit, car loans are the third-largest source of debt for Americans. The second-largest? Student loans: 11%. Mortgages, which many economists classify as investments, not debt, come in number one at 67%.

The auto loan bubble keeps growing each year. In 2018, Americans took out 183,000 more car loans than in 2017. With total debt on the rise, each successive year is likely to be a record breaker.

There has been a steady rise in the value of car loans. According to current car loan rates, the average loan for a new car is $32,187. Drivers who take out loans for used cars borrow an average of $20,137. The numbers are higher among consumers with better credit scores: $34,061 for new cars and $21,795 for used.

Delinquency rates for auto loans have been dropping for years. “Serious delinquency” - missing a payment date by 90 days or more - hit an all-time high in 2010. It’s been less than 5% ever since, with small quarterly bumps up and down.

Auto loan debt is growing, but the growth rate is slowing down.

While it’s alarming how American car debt practically doubled over less than 10 years, the good news is that it is finally slowing down. By the end of 2018 it settled at the rate of 4.4%, which is half of 2016’s rate.

Six years. That’s how long it usually takes to pay off a car loan in America. Some borrowers prefer shorter terms, especially for used vehicles where the average car loan length is 65 months. The shortest term is among car leases - they last just slightly over three years.

More than 85% of new cars are financed.

Demand for car loans is dropping.

According to a Federal Reserve survey, consumer demand for car loans is the lowest it has been in the past 10 years. Among the 74 banks that participated in the survey, 25.5% reported the reduced interest, while 7.3% believe high car loan rates are the main reason behind it.

Americans are paying more than ever for new cars.

Prime borrowers generate 77% of all auto debt. Overall, prime borrowers owe more than three times more money ($960 million) than subpar borrowers ($285 million), and they prefer to originate their loans at credit unions and small banks instead of car finance companies.

The average car loan interest rate dropped slightly in 2019 from 2018’s 4.93%. Rates seem to be stabilized at the current rate, with just slight oscillations of +/- 0.03%. Interest rates have risen slightly over the past several years.

The average credit score for auto borrowers is 710.

Sorting the average car loan interest rate by credit score, it’s obvious that a major change happened in 2018. From that point forward, buyers with the best credit score became a majority of total auto debt at 30%. In fact, the average credit score for borrowers has never been higher.

Members of Generation X are the most likely to have car loans.

The biggest chunk of auto loan debt belongs to Americans age 45 to 64, or Generation X. More than 59% of Gen Xers have an auto loan, followed by Millenials with 55%. The age group with the fewest car loans is Generation Z, or young adults. Only 36% have car loans right now.

Borrowers under 30 are struggling with their car loans.

Surveys show that younger borrowers are the most likely to fall behind on their car loans in the USA. They are 50% more likely to default on loans than borrowers over 30 years of age, with 4% falling into serious delinquency.

If you need an auto loan, statistics show that the most trusted place to get one is still a good old bank. Over one-third of Americans - 34.8%, to be precise - prefer banks over any other option when taking out a loan for a new car. Credit union come in second at 28.4%. The situation is a bit different when it comes to buying a used car. Financing, in 54.7% of cases, is done through captive financing outlets, lenders set up to support sales at a particular dealership or car company. Only 26.6% of borrowers choose to go with a bank. “Buy here, pay here” dealerships are, in all cases, the least preferred option.

Households with moderate income take out the most car loans.

Who is most likely to ask for a car loan? That is a question with a straightforward answer - the middle class. Those households are the most likely to need credit for buying a car. They also tend to have good credit scores.

The Honda Civic is the most popular car for leasing.

The Civic has market share of 3.7% among those who lease cars, overcoming the Chevrolet Equinox (3.3%) and two more Honda vehicles that sit at 3% each. If your definition of “car” is sufficiently broad, you’ll see the Civic easily displaced by full-sized pickups, which accounted for 15.6% of leases in the first quarter of 2019.

The car loan industry’s growth is dropping by 3% each year.

Average car loan debt figures keep rising, but the lending industry is facing a serious problem of stagnation. Ever since 2011, when it recorded an impressive 30% growth, its growth is on a dramatic decline. So dramatic, in fact, that during the last three years it has varied between -8% and 5%, practically sitting flat.

What percentage of vehicles are financed?

Nearly 86% of new cars were financed in 2019. The figure has been about the same for several years. About 55% of used cars are financed.

What was the average car payment in 2019?

How much does the average person owe on their car?

How long is 72 months in years?

Six years. That’s how long it usually takes to pay off a car loan in the US. Of course, you can choose a different car loan length, going from as short as 48 months up to an 84-month car loan. Remember - the longer the loan, the more interest you will pay.

What percentage of car loans are delinquent?

Current car loan statistics show that 6.5% of all auto loans are delinquent, which means payments are 90 days or more overdue. Auto loan delinquencies are at the highest in a decade.