Gig Economy Statistics: The New Normal in the Workplace

The gig economy is taking over the world, and the United States is no exception. An increasing number of American businesses and workers are opting for the gig model, primarily because of more flexible working conditions. Younger generations are leading the way, although there’s a significant number of gig workers who were born well before the 1980s.

There are many factors influencing the growth of the gig economy. Companies are turning to freelancers to do jobs that are not directly related to their industry (such as marketing, design or content creation) in a cost-effective way.

A growing number of online platforms offer excellent earning opportunities, and with a decreasing need for physical presence in the workplace, it’s easier than ever to work for multiple employers simultaneously.

Still, being a gig economy worker comes at a price. Gig workers enjoy a flexible lifestyle and the freedom of being their own boss, but many sacrifice their financial security and income predictability.

According to one study, the freelance economy is growing three times faster than the traditional workforce in the United States. What was once considered a fringe employment model has now become mainstream.

Let’s take a look at the key labor market statistics for the gig economy. This will give you a better idea of what percentage of today's U.S. workers are self-employed. We’ll also examine some other important characteristics of the ever-evolving relationship between workers and job providers.

So how big is the gig economy? Scroll down.

More than one-third of US workers (36%) participate in the gig economy, either through their primary or secondary jobs.

This number comprises around 59 million Americans. It’s not just multiple job holders; for 29% of US workers, their primary job is actually an alternative work arrangement. Of these, 23% are full-time workers and 49% work part-time.

According to survey data published by Statista, 52% of gig economy workers lost their jobs because of the COVID-19 pandemic, while 26% of workers saw their working hours reduced.

More than 90% of Americans would consider freelancing or independent contracting work.

The percentage of people leaning towards the gig economy is high in the States, but the situation is similar in emerging economies as well. In India and Mexico, 97% of people are open to freelance, contract, temporary, or independent contractor work. In general, countries with a higher percentage of younger workers lean toward alternative working models.

Another report has found that 85% of US workers who currently participate in the gig economy would consider persisting with this kind of work in the next five years.

Nearly 60% of independent gig workers consider their working conditions to be flexible.

In contrast, only 27% of regular workers believe they have a flexible job. Around 47% of independent gig workers are satisfied with their working hours, as opposed to 34% of workers engaged in on-demand jobs and gigs, and the same percentage of workers with traditional jobs.

It is projected that by 2023, more than half (52%) of the US workforce will either be gig economy workers or have worked independently at some point in their career.

A recent study found that around 41.8 million Americans are already pursuing independent work.

The main reason people look for jobs in the gig market is to attain better work-life balance, with 70% of freelance survey respondents confirming this.

According to one survey from two years ago, other top motivations are the “desire to choose when to work” (62% of respondents), the “desire to be (their) own boss” (49%), and the “ability to choose the most suitable projects” (46%).

There are numerous surveys examining the top motives for choosing freelance work. The percentages vary, but the main reasons for becoming an independent worker are very similar.

According to the more recent annual report from accounting software company FreshBooks, 65% of respondents said that controlling their own career means "freedom to choose when to work", while 56% said that it's freedom to choose how hard to work; 48% of respondents favor freelancing because of the autonomy in managing career development, while 31% have chosen this type of working relationship simply because they don't like reporting to others.

Only 28% of independent workers belong to Generation X (people aged 40 to 55).

Women account for 47% of self-employed US gig workers. However, an increasing number of women are exploring independent career opportunities as a response to workplace discrimination.

One of the reasons for such a large discrepancy is that gig workers work less on a weekly basis than traditional workers (25 hours a week versus 40 for full-time employees). This makes it difficult for American freelancers to manage their daily finances.

However, income levels improve with age. Millennial independent workers earn an average of $27,500, Gen Xers earn $36,300, and baby boomers $43,600. It’s interesting to note that the average baby boomer earns more than the average Gen Xer, despite the fact that the latter works longer hours.

Gig economy statistics by race: 74.6% of all contingent workers are white.

According to the Bureau of Labor Statistics, only 17.1% of US contingent workers are African Americans. For people of Asian and Hispanic origin, these percentages are 5.8% and 16.4%, respectively. If you’re wondering why these percentages add up to more than 100, remember that many people have multiethnic backgrounds.

More than half of gig workers don’t have access to employer-provided benefits (54%).

In many instances, when a gig worker has access to benefits, it’s through a spouse or a professional association. Just 40% of independent workers have access to employer-sponsored medical insurance, while 25% have dental insurance, 20% have life insurance, and only 5% have access to short-term disability insurance.

48% of millennials use gig economy platforms to find work or engage in business with clients.

On the other hand, 35% of Gen Xers and only 19% of baby boomers browse Facebook groups like Virtual Workers of America or gig economy websites such as Jooble, Upwork, Freelancer, and Upward to find work.

How many workers in the US work from home or remotely? Between 20% and 25% of the US workforce telecommutes at least occasionally.

Gig economy job statistics: According to the latest available data, the largest employer of US gig workers is actually the government/public sector (14%).

The other main industries in which US gig economy workers are employed are professional and business services (10%), education and health (10%), manufacturing (9%), construction (9%), financial activities (8%) ), information (8%), trade, transportation and utilities (7%), leisure and hospitality (6%), and tech (5%). Other industries make up the remainder.

93% of freelancers who have a four-year university degree consider training to be important for the work they currently do.

An independent study commissioned in partnership with Upwork and a leading freelance union suggests that freelancers generally place more value on skills training. In the study, 79% of respondents said their higher education was useful for their current work.

Indeed, 70% of gig workers said they had participated in some kind of training versus only 49% of full-time non-freelance workers.

According to data analysis conducted by leading freelancer websites, the highest-paying jobs for independent workers are in the fields of artificial intelligence and blockchain architecture.

Freelancers working in these industries earn approximately $115.06 and $87.05 per hour respectively.

63% of workers take part in the gig economy because a portfolio of clients is more reliable than working with a single employer.

This figure was obtained from a combination of surveys conducted by Intuit careers and LinkedIn.

There are roughly 170 gig economy companies in the United States that only hire remote workers.

Among the largest US virtual companies are AnswerConnect, InVision, Automattic, and Toptal. Large corporations are getting involved in the gig economy as well; according to Upwork’s data, more than 30% of Fortune 500 companies are using this platform to find talent.

This is especially the case with non-core jobs such as marketing, human resources, procurement, manufacturing, and retail.

Major companies that are increasingly turning to freelancers include FedEx, Verizon, and the Bank of America.

The top US states for remote workers are Delaware, Washington, New Hampshire, Colorado, and Georgia.

The criteria upon which the top states were rated are work environment and living environment. Both categories included a total of 12 relevant metrics, and those were the number of workers who operated remotely pre-COVID-19, potential telecommuters, internet access, cybersecurity, price of electricity, internet access, price of internet, square footage per household member, and others.

When it comes to gig economy size on a state level, independent workers are more likely to live in urban areas, and there’s a higher concentration of them in western states, particularly California. Many online platforms were founded and now operate in the San Francisco Bay Area.

73% of Gen Z freelancers have engaged in the gig economy by choice, compared to 66% of baby boomers and only 64% of millennials.

Gen Zers have a more positive attitude towards the gig economy than any previous generation. However, it’s refreshing to see that most millennials, Gen Xers, and baby boomers also think the gig economy can be a good thing.

33% of freelancers have had their work hours drop because of COVID-19.

57% of gig economy workers say they work more than 40 hours per week.

On the other hand, this applies to only 34% of full-time non-freelancers. It appears freelancers are generally more politically active than traditional workers.

Freelancing contributes to 5.7% of US GDP.

The annual study conducted by Upwork and the Freelancers Union has also shown that American gig workers value soft skills. Indeed, 78% of respondents agreed that soft skills are equally important for success as technical skills.

How Many Millionaires Are There in the World? 26 Millionaire Statistics for 2021
October 01, 2021
Read full story 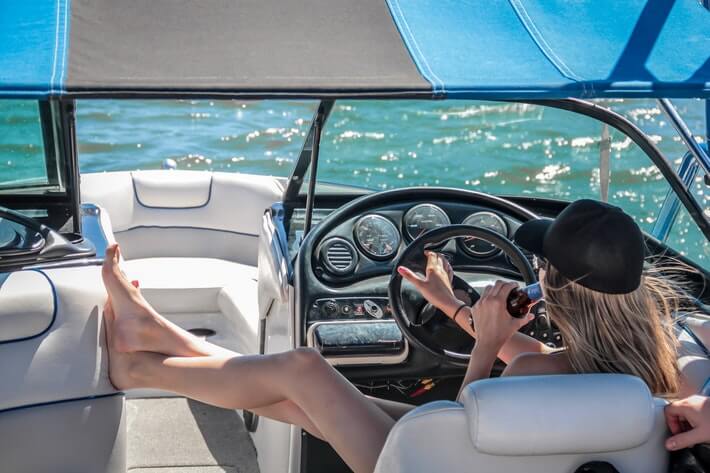