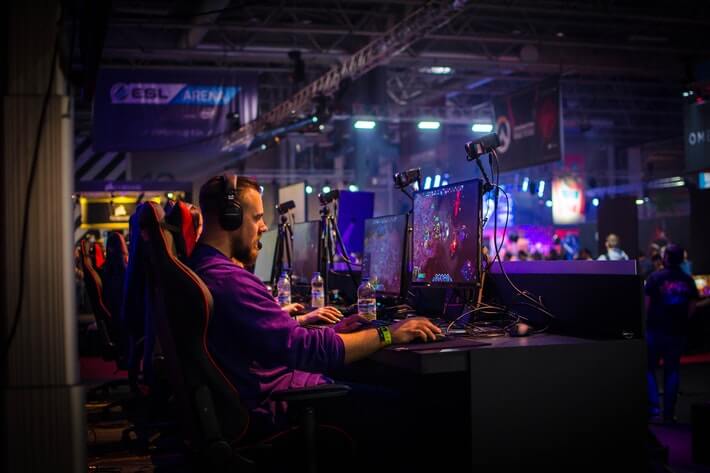 “Video games are bad for you? That's what they said about rock ‘n’ roll.”  - Shigeru Miyamoto, Nintendo

Some call them time-wasters. Others call them art. But we can all agree that they’re just pure fun. Video games have carved their way into our daily lives. They’ve become part of our culture. It’s extremely rare to find a person that never played a video game.

Amid all the joysticks and avatars, it’s hard to remember that gaming is also a massive industry.

How massive? Bigger than movies. Bigger than any pop diva. The video game industry’s revenue was set to surpass $152 billion in 2019, absolutely crushing previous records. Huge diversity, accessibility, and, for some of them, an affordable price point of zero dollars mean that each day more and more people become gamers.

Video Games Are Bigger Than Hollywood

Neither music nor the movie industry is the biggest when it comes to entertainment. It’s video games. Some like to perceive the video game industry vs movie industry duel as some sort of a war, but in reality detente has allowed the two to find common ground.

If it were a fight, it wouldn’t be a fair one: For the past 10 years, the video game industry has earned more money than Hollywood and the music industry combined.

Like movies, video games can have astronomical development costs. Activision Blizzard’s 2014 sci-fi game Destiny famously cost $500 million to make. But it gained almost 10 million players in the first few months after launch. The franchise is now worth billions.

There’s also a little franchise called Grand Theft Auto from Rockstar Games. Grand Theft Auto V is one of the most popular games of all time. It recently became the highest-grossing entertainment product of all time, surpassing every movie, book, and music album. GTA V has sold more than 100 million copies worldwide, earning its publisher more than $6 billion on a development budget of $265 million.

And that’s not the highest-grossing video game franchise. That title belongs to Pokémon, which has brought more than $17 billion to Nintendo since its inception in 1996. Not counting card games, merchandise, and other products.

Not even the latest Avengers movie, with worldwide revenue of $2.79 billion, comes close. 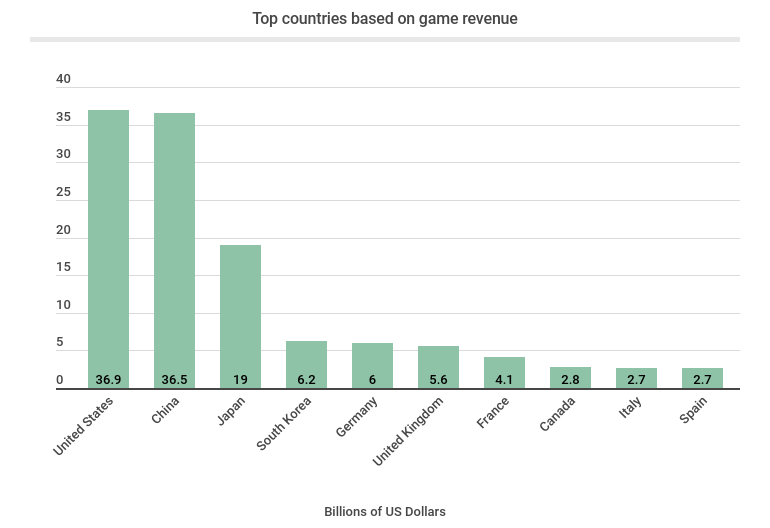 For many years, China was the biggest and most profitable market for video games. It is, after all, the most populous country in the world, with a huge and devoted gaming audience. But United States gamers are a large and growing virtual nation. In 2019 the industry sold $36.9 billion worth of games in the United States compared to China’s $36.5 billion. The gap is likely to rise, as US revenues are climbing at 11.7% annually.

That said, Asia is by far the highest-grossing continent, with $72.2 billion in projected revenue during 2019, accounting for 47.4% of the global market. North America is expected to account for 26% of sales, while the Middle East and Africa will take the smallest cut, with 3.2% and $4.8 billion in revenue.

Among the countries with the highest video game sales, Japan ranks high. With a highly ingrained gaming culture and video games being the popular pastime of many Japanese residents - not to mention numerous companies located there, including Nintendo and Sony - Japan is a hotbed of gaming enthusiasm.

The split between the US and China will probably grow. American gaming platforms are slashing prices and running special promotions, boosting US video game industry revenue. 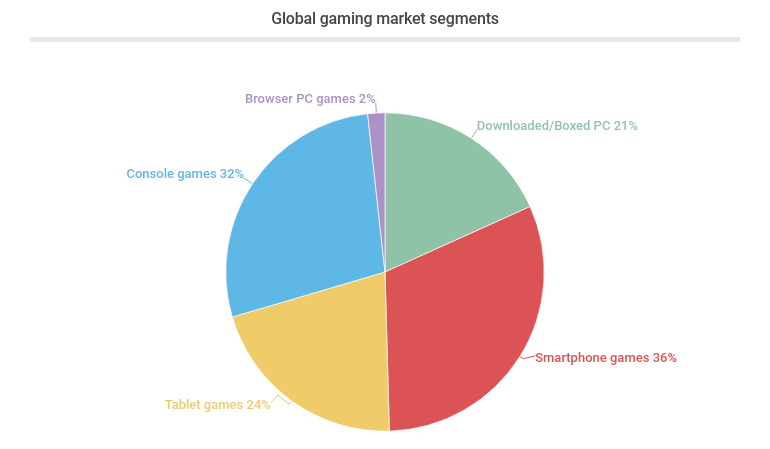 Pretty much any device with a screen can run video games, allowing gamers to enjoy the latest titles at home or on the go. Even your new smart fridge turn out to be a pretty good gaming platform. Savvy hackers managed to make Doom run on a toaster, after all, so apparently nothing is off limits.

We are in the middle of a global shift toward portability and ease of use in the gaming world. Gaming at home is still the king, with PC and console games (combined) accounting for 55% of all the sales. The traditional video games market has nothing to fear, especially with a new generation of PlayStation and Xbox hardware on the horizon. But a significant portion of the market now belongs to mobile gaming on smartphones and tablets.

While we’re tossing around market share numbers, let’s address the elephant in the room: the rapid rise of mobile gaming. According to Newzoo, more than one-third of video game industry revenue in 2018 came from the mobile part of the gaming business. That number will surely rise over the next few years. Researchers say the mobile market will account for half of all gaming revenue by the end of 2022.This bold-sounding prediction is based on current trends. Mobile devices account for a larger percentage of internet traffic every day. Who wouldn’t want to play a game while waiting for a bus or a doctor’s appointment.

In this segment of the video game industry, revenue doesn’t come from direct game purchases. Most mobile games are free to download and play. Publishers rely on in-game advertising and purchases from virtual stores. These purchases are called microtransactions, and they vary from extra lives to cosmetic addons for your character. The cost is usually quite low. More popular - and controversial - are virtual loot boxes, through which players get new items. Microtransactions can help publishers make money on games they give away for free.

Just because some games are free, that doesn’t mean they can’t be profitable for their creators. In fact, free-to-play games proved to be big money makers, with some titles cashing in billions on a yearly basis.

The king among these games is Fortnite, a global phenomenon developed by Epic Games. With more than 100 million gamers playing on PCs, consoles, and mobile devices, Fortnite has become a cult classic. But it’s not just this video game’s revenue that’s impressive; Fortnite has found its place in pop culture too - including mainstream TV. Whether it is Marvel superhero movies, New Year’s Eve celebrations in Times Square, or talk shows, everybody is doing the Fortnite dances aor talking about this hit game.

Who Is Making the Most Money From Video Games? 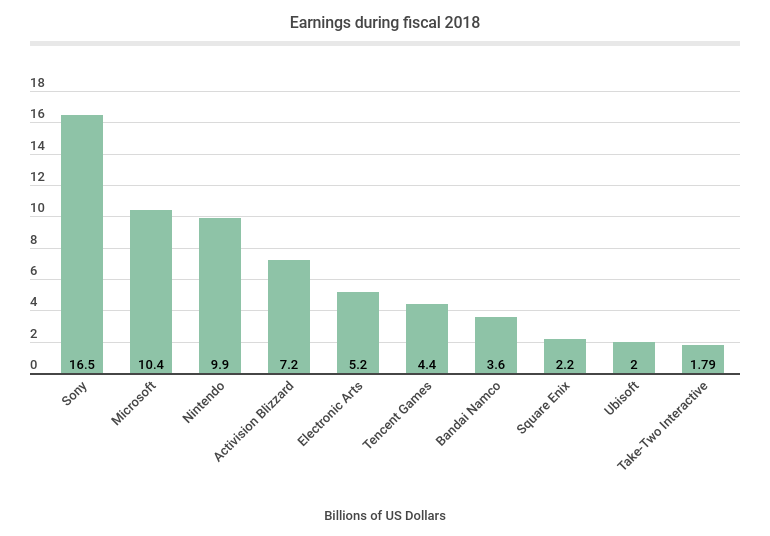 A glance at the largest video game companies by revenue reveals that three console makers - Sony, Microsoft, and Nintendo - are at the top. That makes sense. It’s in their best interest to publish lots of games to make their hardware platforms more appealing. To that end, 2018 was massive for Sony and its PlayStation brand: God of War and Marvel’s Spider-Man both shattered sales records upon launch. Both titles earned plenty of awards and nominations in game-of-the-year competitions too.

Activision Blizzard is still the top-ranked game publisher. Recent performance demonstrates the skill of this veteran of the video games industry. Revenue was mainly split between the Call of Duty games and the Blizzard library of popular titles like Hearthstone, Overwatch, and World of Warcraft. The year 2020 could be even bigger for Activision due to incredible sales of Sekiro: Shadows Die Twice and a new Call of Duty that became one of the most popular action games of the year.

Tencent is the only Chinese company that managed to get into the top 10 list. With annual revenues of about $35 billion, this giant of the video game market owns stakes in most of the big companies, including Epic Games, publisher of Fortnite. Looking strictly at game revenue, League of Legends was the driving force in 2018, followed by Dungeon Fighter Online.

What the Future Holds

To say that the gaming industry is on the rise would be a massive understatement. Year-on-year growth is 10% and analysts made predictions that in 2019 revenue would top $152 billion. Video game industry revenue growth should continue through 2022 at least, researchers say, when video games are projected to bring in a staggering $196 billion. New gaming consoles are coming out during the 2020 holiday season from both Microsoft and Sony, but analysts predict that these won’t prevent mobile gaming from taking first place as the main source of income for the industry.

Whether your looking at PCs, consoles, or the mobile market, there’s no better time to get into the gaming industry than right now. It is an ever-changing market where competition is strong but the audience's appetite is never sated. That’s our final take on the video game industry, as revenue streams are always to be found whether in creating a “live service” product or by developing a small arcade title. The rest is up to the marketing department and your audience.

How Long Does It Take to Get a Credit Card? - A Quick Overview
September 23, 2021
Read full story 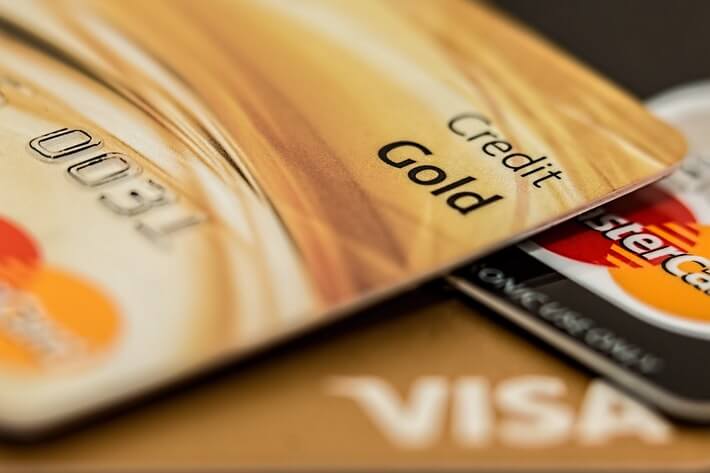 How to Choose a Bank - Three things to consider
September 20, 2021
Read full story 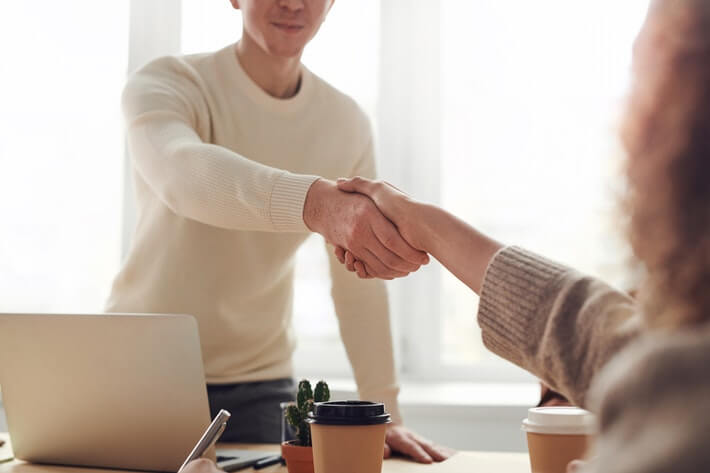 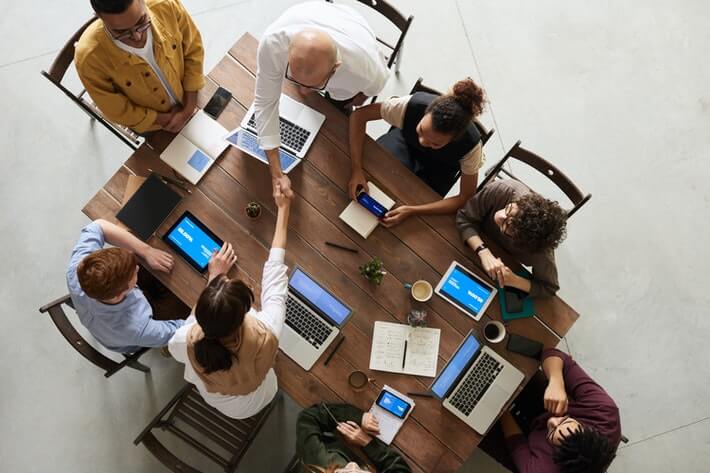